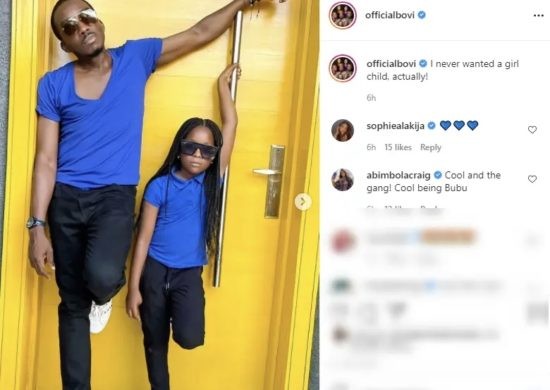 Bovi, a popular comedian, has faced backlash on social media after announcing his desire to avoid having a girl child.

Bovi twinning with his daughter, Elena, in the same clothing was previously reported by 36ng.

Sharing a photo of himself and his daughter, he wrote, ”I never wanted a girl child, actually!” 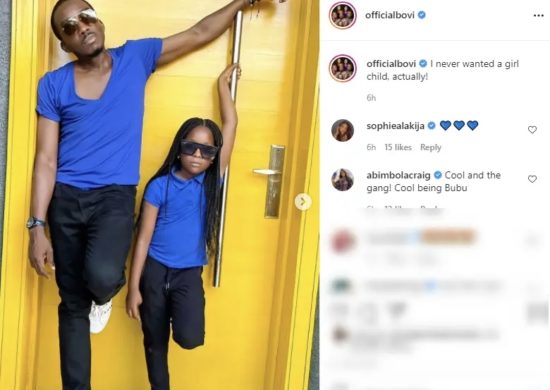 This caption has enraged many on social media, earning Bovi a lot of dragging and slamming.

See some comments gathered below;

@garnets_essentials wrote: “You can definitely keep this to yourself!”

@tams__k wrote: “Keep it to yourself.. we don’t care . it might affect her psychologically.”

@sowpheey wrote: “How about now Bovi? our gender is really underrated but we prove otherwise anyways”

The post Comedian Bovi Dragged For Saying He Never Wanted A Female Child appeared first on .