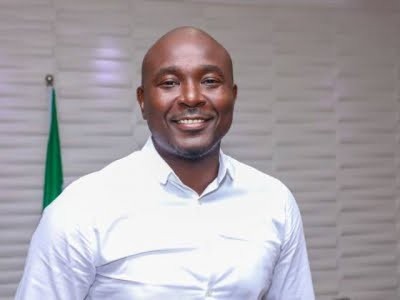 Nigerian lawmaker and NairaBet CEO, Akin Alabi has taken to social media to react after being criticized for ‘sprinkling money like salt’ at Obi Cubana’s mum’s burial.

According to a video that went viral yesterday, some traditional singers were seen praising Akin Alabi as he danced along.

Akin Alabi put his hands into his pocket and brought out some ‘chicken change’ to spray the singers in form of appreciation.

In response to the viral video, some Nigerians attacked Akin Alabi for spraying little money despite being a billionaire.

However, Akin Alabi has taken to his Instagram page to respond to social media critics.

”As a government worker, I could not afford to spray (or was it sprinkle) more than this. And it was not 2k as bad mouthed people said. It was 9k. Thank you @obi_cubana for hosting us. You deserve all the love. Oya… Akin Nalabi eeeeh”

CHECK IT OUT:  Igboho Remanded In Custody As Beninise Court Adjourns Hearing Till Friday