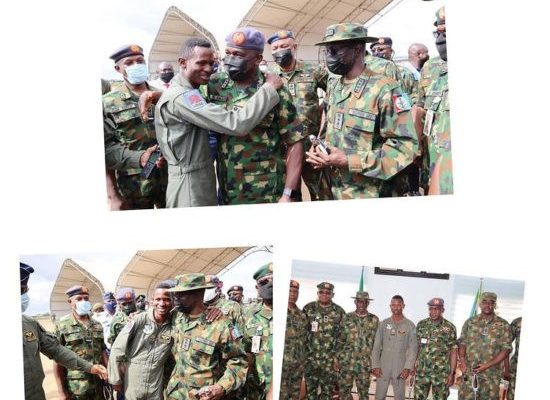 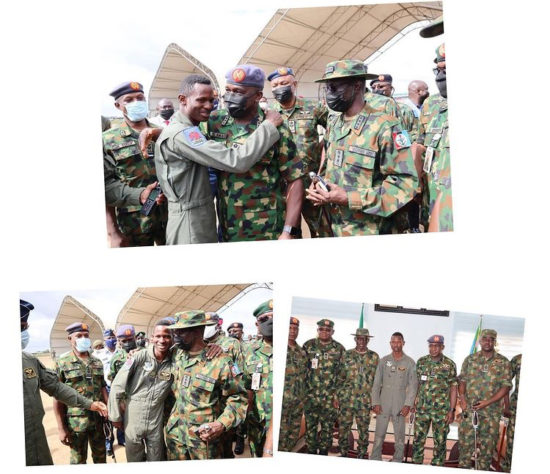 The Chief of Defence Staff, General Lucky Irabor has confirmed that a military jet crashed in the Northwest region but the pilot survived the crash.

Meanwhile, Director of Public Relations and Information, Nigerian Air Force, Edward Gabkwet, an Air Commodore ,explained in a statement on Monday that on 18 July 2021, at about 12.45 pm, a Nigerian Air Force (NAF) Alpha Jet aircraft, returning from a successful air interdiction mission between the boundaries of Zamfara and Kaduna State, came under intense enemy fire which led to its crash in Zamfara State.

“Luckily, the gallant pilot of the aircraft, Flight Lieutenant Abayomi Dairo, successfully ejected from the aircraft. Using his survival instincts, the pilot, who came under intense ground fire from the bandits, was able to evade them and sought refuge in nearby settlements awaiting sunset.

“Using the cover of darkness and his phone set for navigation, Flight Lieutenant Dairo was able to elude several bandits’ strongholds and maneuvered his way to a Nigerian Army Unit, where he was finally rescued,” the statement read in part.

The post Pilot survives as bandits shoot down a military jet in Zamfara appeared first on .

CHECK IT OUT:  Be Security Conscious – NYSC Charges Corp Members