Actress Tonto Dikeh Blasts Lady Who Accused Her Of Misleading Women With Her Failed Marriage - NaijaCover.Com
Skip to content 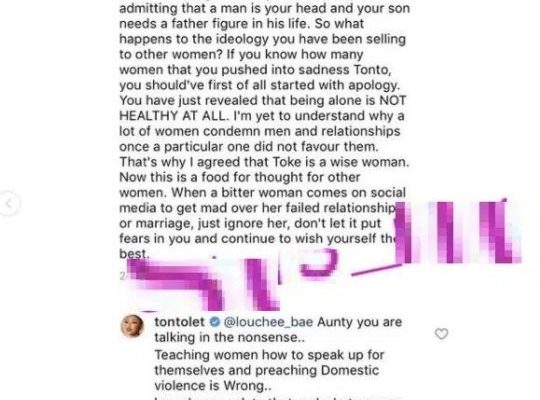 Tonto Dikeh has responded to a woman who accused her of misinforming young ladies on social media by using her failed marriage with Olakunle Churchill.

Tonto Dikeh’s post complimenting her political husband Prince Kpokpogri for being an answered prayer after fulfilling the fatherly role during her son’s graduation was criticized by Instagram user louchee bae.

Tonto Dikeh, according to the lady, confessed that living alone is unhealthy and freely admitted that a guy is her head and that her son requires a father role in his life, a narrative she has repeatedly refuted.

The lady enquired as to what had happened to the idea that Tonto Dikeh had been peddling to young women, implying that she should apologise for deceiving them.

Tonto Dikeh responded by dismissing the lady’s views, asking when educating women to speak for themselves and preaching against domestic abuse became improper. 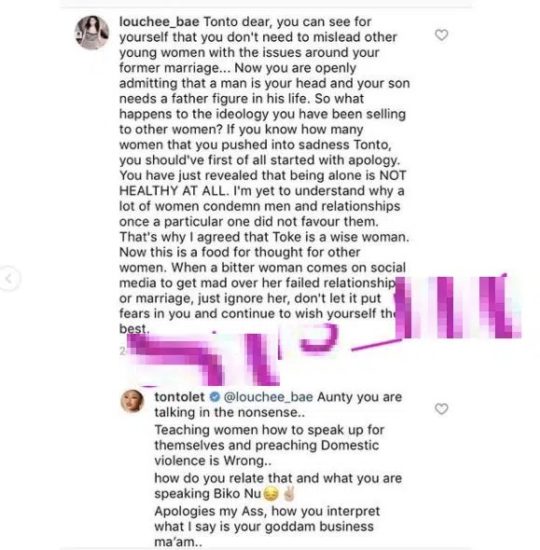 The post Actress Tonto Dikeh Blasts Lady Who Accused Her Of Misleading Women With Her Failed Marriage appeared first on .

CHECK IT OUT:  2face Idibia’s babymama, Pero Adeniyi, celebrates their daughter, Ehi, as she turns 15