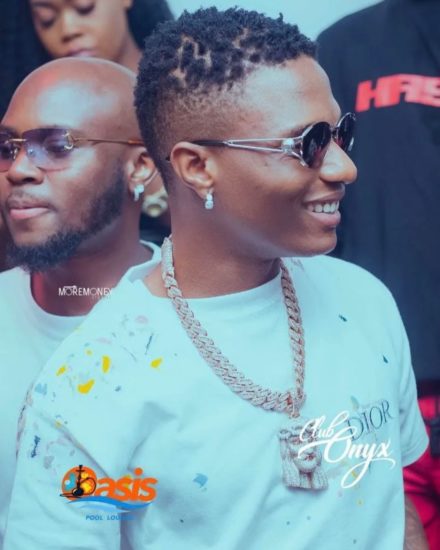 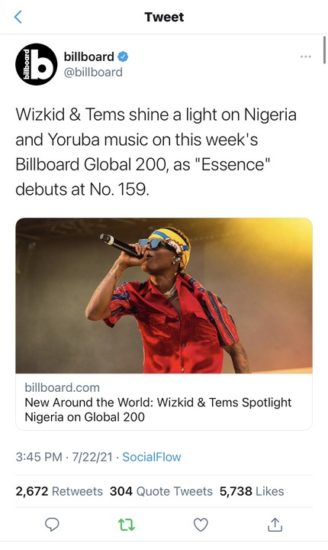 “Essence,” from Wizkid’s 2020 album Made in Lagos, is primarily sung in English but includes lyrics in Yoruba. The African language is predominantly spoken in Southwestern Nigeria, precisely the location of his native, and album namesake, Largos. It is the first song featuring vocals in Yoruba to grace the Global charts.

This influx of Nigerian talent onto the Global 200 is not just a breakthrough for the country, but continues a burst of chart activity from Africa. Global chart action from the continent has mostly been limited to “Jerusalema” by Master KG featuring Nomcebo Zikode (both from South Africa) and Burna Boy (Nigeria), which has spent 45 weeks on the Global Excl. U.S. chart so far, peaking at No. 18 in October. Wes (Cameroon) was also co-billed with Robin Schulz on “Alane,” which spent three weeks on the Global Excl. U.S. chart.

Wizkid and Burna Boy have especially become in-demand featured guests, showing up on albums by Beyoncé, Justin Bieber, Drake and others, but “Essence” represents a breakthrough with Wizkid being the lead artist, and, instead of asking one of his North American buddies to return the favor, spotlighting a fellow Nigerian act in Tems.