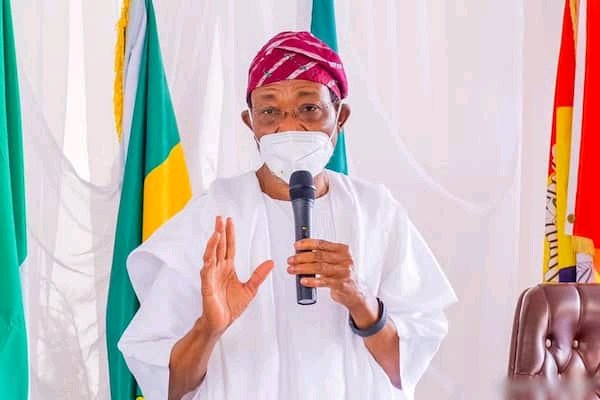 The federal government through the ministry of interior has said the signing of death warrants of condemned inmates on death row is one of the ways state governors can help reduce the population pressure on custodial facilities across the country.

The minister of interior, Rauf Aregbesola, made the statement on Friday, July 23, in Osogbo, Osun state, when inaugurating the newly constructed headquarters of the Nigerian Correctional Service (NCS), Daily Trust reported.

Aregbesola pointed out that doing such would bring closure to their cases.

The minister disclosed that out of the 3,008 condemned criminals awaiting executions in Nigerian prisons, 2,952 were males and 56 females.

He also stated that governors could free some condemned convicts on compassionate grounds due to old age or illness.

According to Aregbesola, other inmates that have demonstrated exceptionally good behaviour could also be released or have their sentences commuted to life or specific terms in jail.

He explained that the current population of inmates has surpassed the maximum capacity of correctional facilities in the country, Vanguard reported.

He also noted that 50,992 inmates, representing 74 % of the total population of inmates in the nation’s custodial centres were awaiting trial inmates while only 17,755 inmates which is a mere 26 % were the actual convicts.

CHECK IT OUT:  I Thank You For The Great Opportunity You Offered Me To Serve As Your Vice-President – Osinbajo Tells President Buhari

The post FG Asks Nigerian Governors to Sign Death Warrants of Over 3,000 Prisoners, Gives Reason for Demand appeared first on .