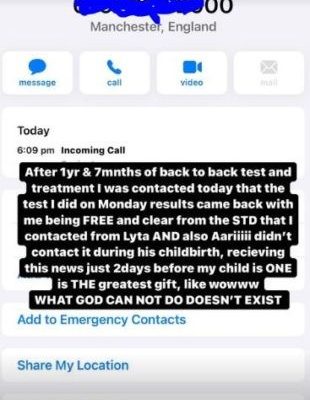 Lyta’s babymama, Kemi Ayorinde, has stated that she is finally rid of the Sexually Transmitted Disease (STD) she received from the singer over two years ago.

She battled the sickness for a year and 7 months, according to her, before receiving the results of the test she underwent on Monday, which confirmed that she is completely clear of the disease.

She remarked that this occurs two days before her son’s first birthday celebration.

Kemi also revealed that her child was spared from contracting it at childbirth. 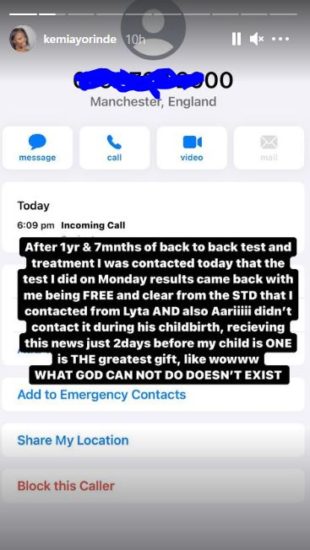 The post Lyta’s Babymama, Kemi Gives Update On The STDs She Contracted From Singer 2 Years Ago appeared first on .

CHECK IT OUT:  “I Will Go Naked If Lagos State Government Do Not Release My Car To Me Today” – Susan Peters Vows (Video)