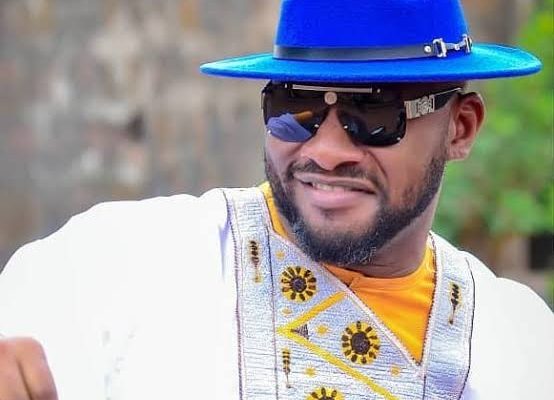 Yul Edochie, a Nollywood actor, has asserted that a person is entirely entitled to whatever they have worked for. 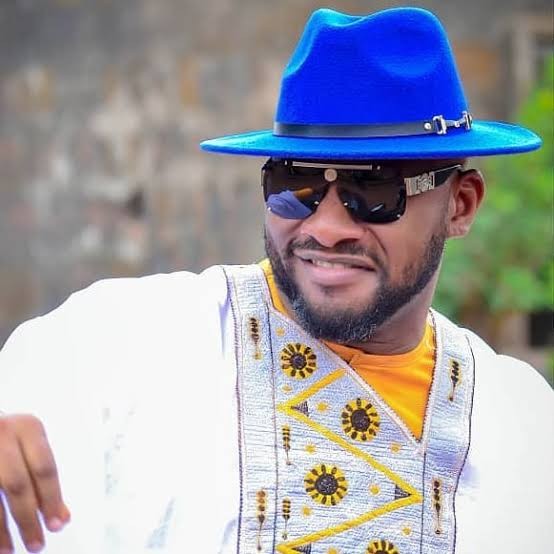 Pete Edochie, the son of a famed Nollywood actor, was reacting to those who constantly demonstrate a heightened feeling of entitlement.

People should never be fooled by the extravagant lifestyles exhibited on social media, according to the movie star.

Most people, he claims, are not who they appear to be, which is why individuals should humbly ask others for favors rather than expecting them to do so because they have so much to spare.

When soliciting any kind of favor from anyone, Yul Edochie stressed the necessity of using the magic word “please.”

“The only thing you are entitled to in this world is that thing you have worked for.

“So when asking for help, always add the word ‘please’.

“Nobody owes you anything. And never say to anyone, ‘I know you can do it for me’, you know nothing about other people’s lives.

“Forget what you see on social media, people only show you the little they want to show you. 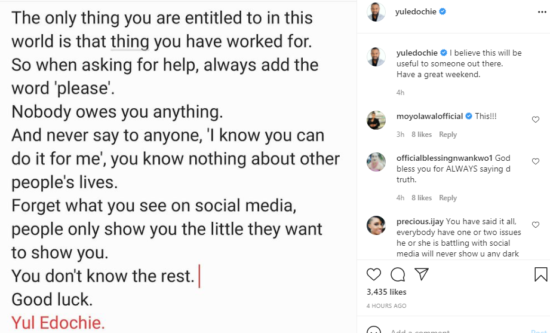 CHECK IT OUT:  Jane Mena Recounts How She Always Left School To See A Man When She Was A Student