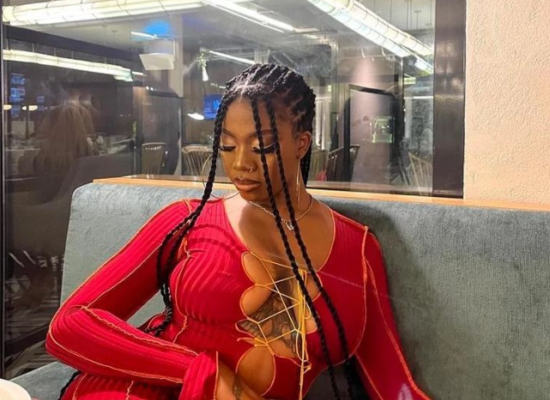 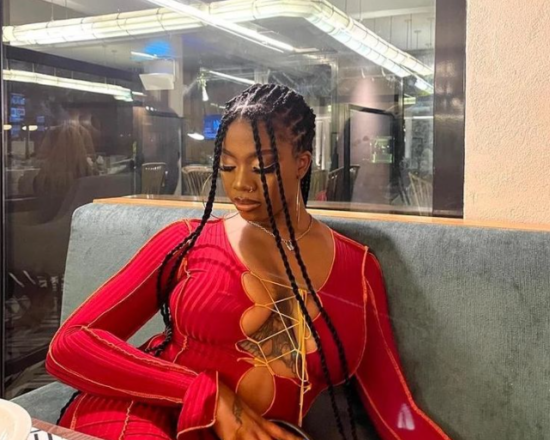 An old tweet of BBNaija housemate Angel saying she sleeps with rich men until they become broke has surfaced the net and has got netizens talking wondering if she’s the one who wrote that.

According to her in the tweet, if she meets a guy who is rich, she will sleep with her until he becomes poor and it’s a tweet dated May this year just a few months ago and that has made netizens expressed their disappointment in her.

The internet they say never forget and she might not have meant what she wrote but that tweet sends a very negative signal and that might affect her game in the house and people will always be referring her to that. 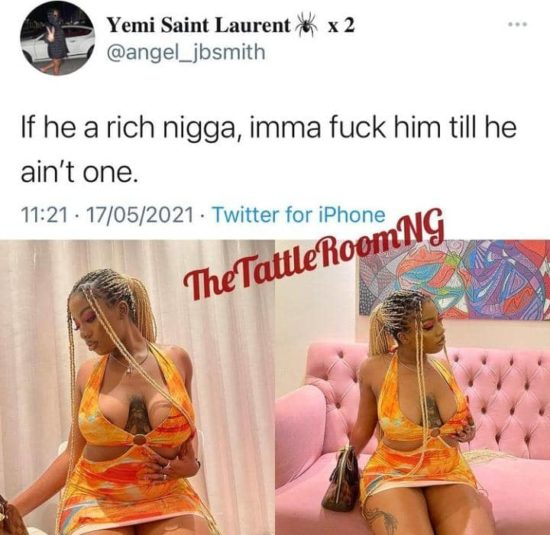 CHECK IT OUT:  “I Can Go To Jail For Chioma” – Davido Reveals (Video)