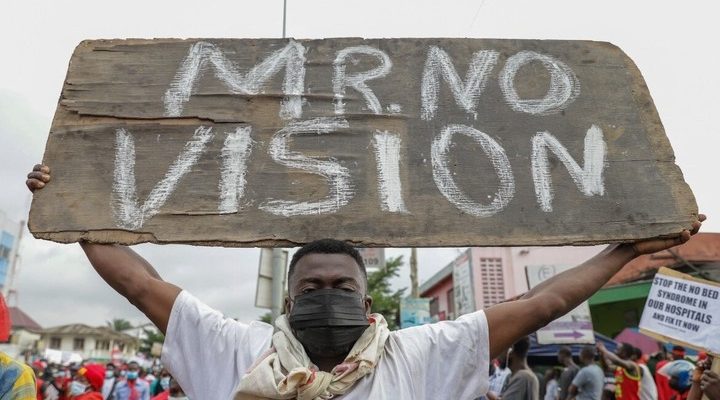 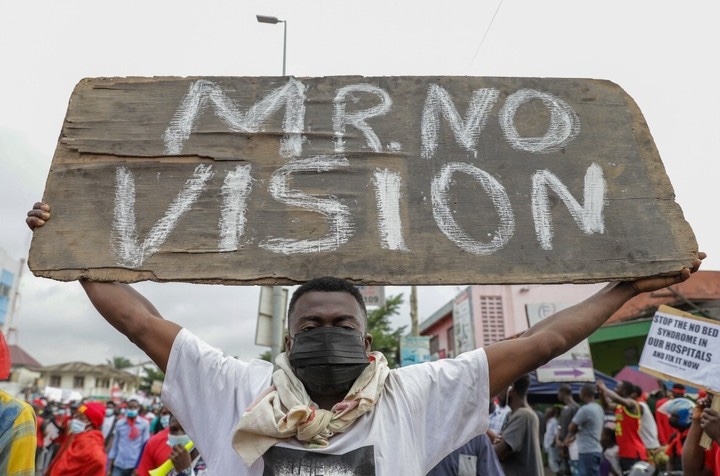 Lead by social media activists, the protest
on Twitter has been highlighting economic
problems and government management.

Several thousand protesters marched in
Ghana’s capital Accra on Wednesday under the slogan “#FixTheCountry”, the
latest rally against President Nana Akufo-
Addo’s government. Dressed in red and black and chanting patriotic songs, protesters waved placards declaring “corruption breeds poverty” and “fix our education system now” as they marched in the city centre.
Wednesday’s rally marks the most recent
anti-government protest since March
when a top court dismissed the main
opposition party’s challenge to Akufo-
Addo’s re-election late last year. Akufo-Addo won a second term with only a small majority in parliament. But the Ghanaian leader has since been under pressure as the West African country struggles with economic troubles worsened by the coronavirus pandemic. “Nana Akufo-Addo, we’re suffering. Do something for us. Nothing is working,” said 28-year-old protester Frederick
Koomson. “The government must wake up.”
Ghana is often applauded as one of the
stable democracies in a region troubled by
political strife and religious violence. But last year’s tightly contested vote heightened political tensions. With the economy hit hard by the pandemic, the government has introduced new taxes and high fuel prices have also hiked the cost of some basic goods and services. Lead by social media activists, the #FixTheCountry protest on Twitter has
been highlighting economic problems and
government management.
“If the political authorities will not fix this
country, we want to tell them that we are
capable of destroying their career because
we brought them to power,” said Fatima
Mensah, a 35-year-old activist. Some criticised Afuko-Addo’s project to build a new $200m (169 million euros) national cathedral, a pledge he says he made after his 2016 election victory.
Ghanaians have been asked to make a
voluntary $16 monthly donation to help
finish it by 2024. “Why do we waste time on unnecessary ventures and leave the most important issues?” asked Aboagye Dacosta, a shoe shiner.

CHECK IT OUT:  Residents Of Bayelsa Protest Death Of Five Person Killed By Tipper 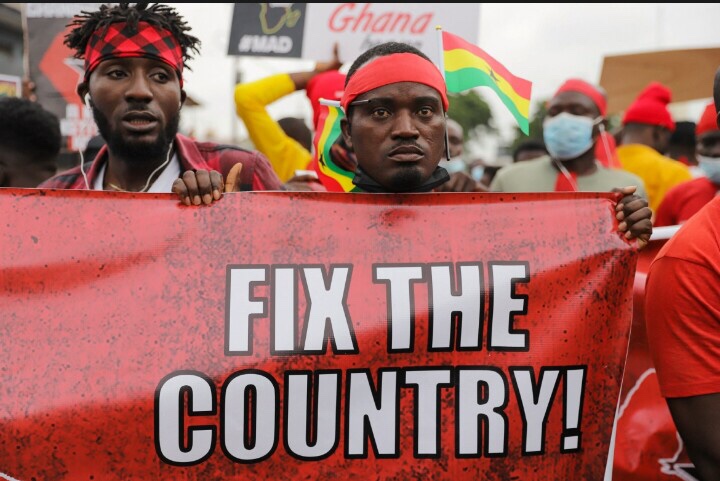 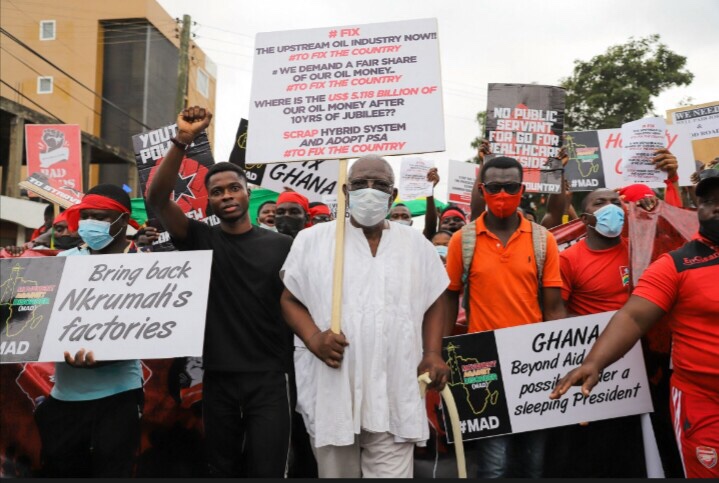 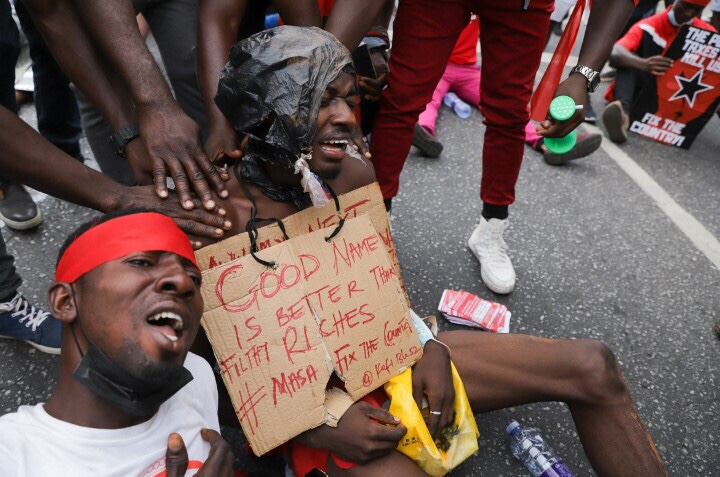