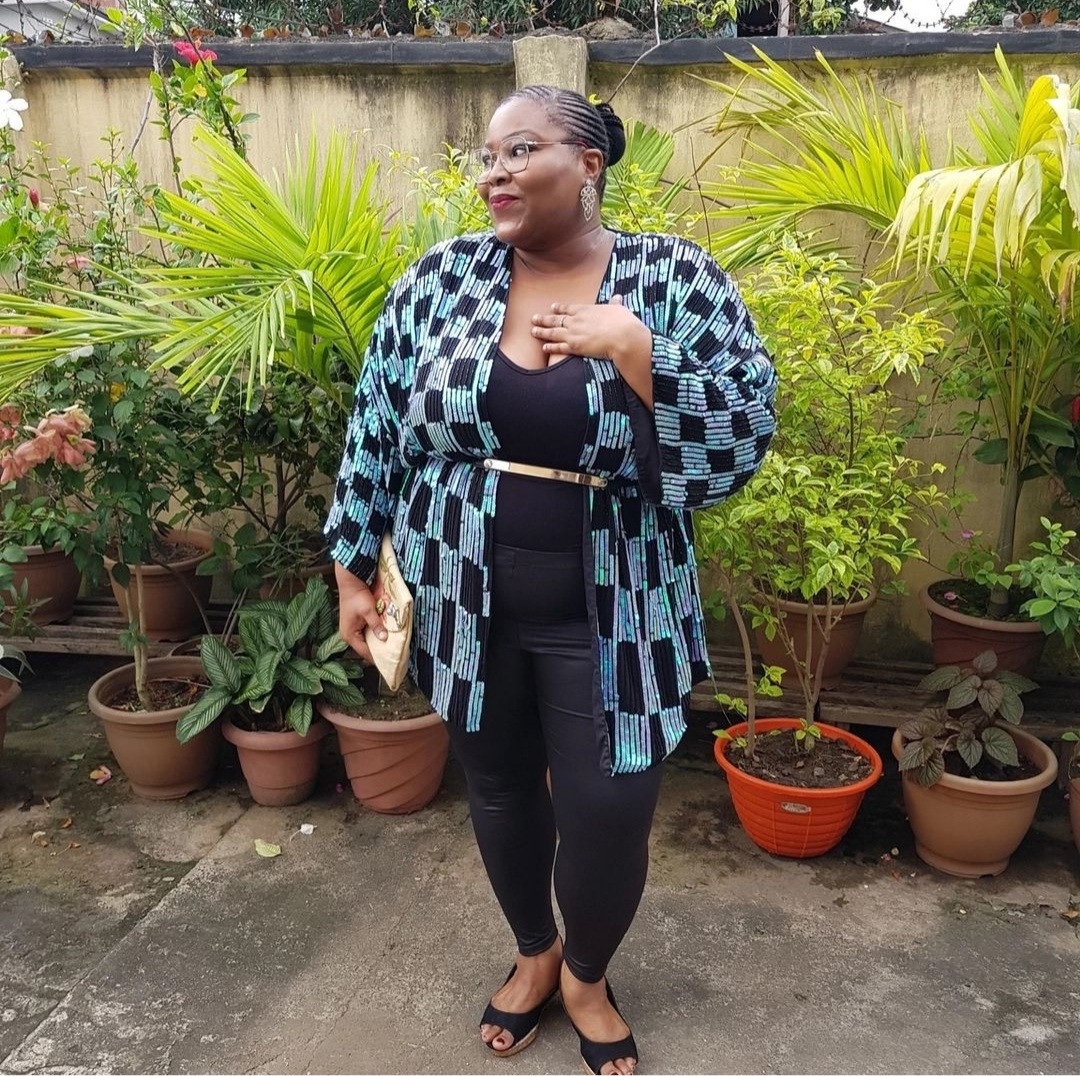 Wana Udobang has lost her father.

The media personality made the announcement on Twitter, adding that she feels “no sadness, no loss, no grief.”

She said that what she feels following her father’s passing is “relief and closure” because she “already grieved his 27 year absence from our lives.”

The poet, who has written about her difficult relationship with her father in the past, (read here), thanked those sending condolence messages and those opening up about their own experiences.

She also had a word for those excusing absent fathers. 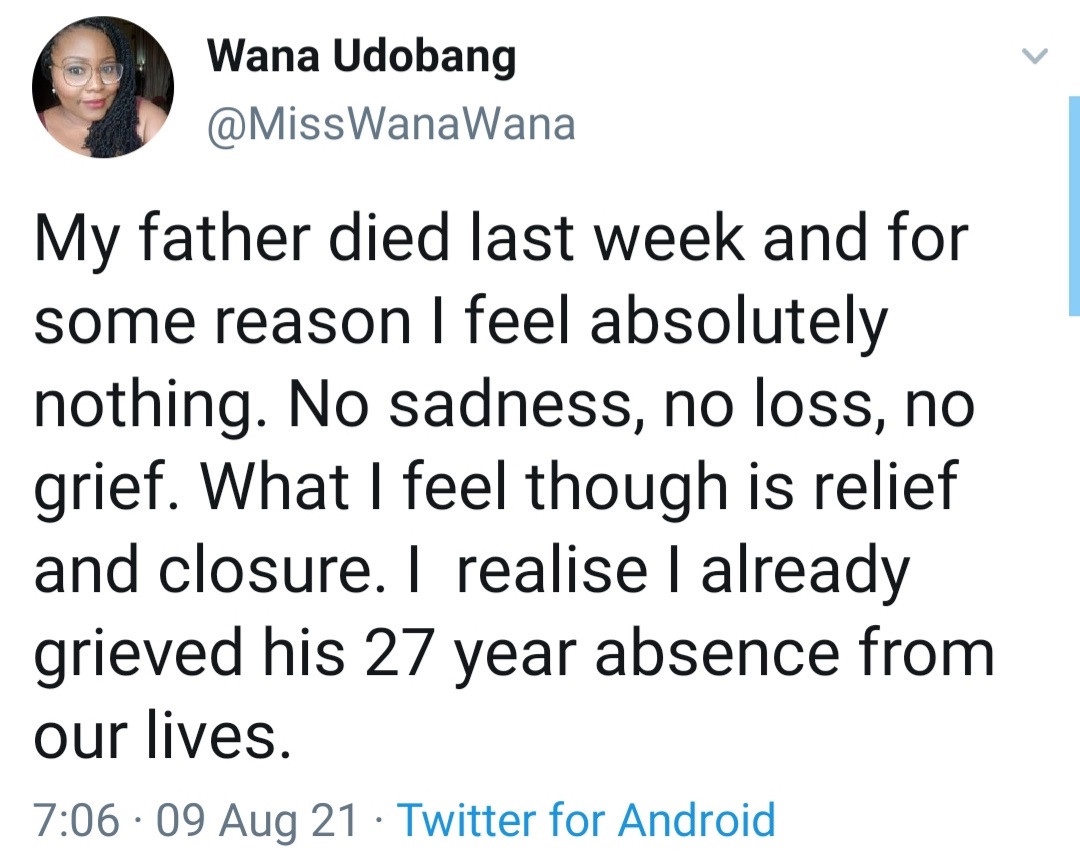 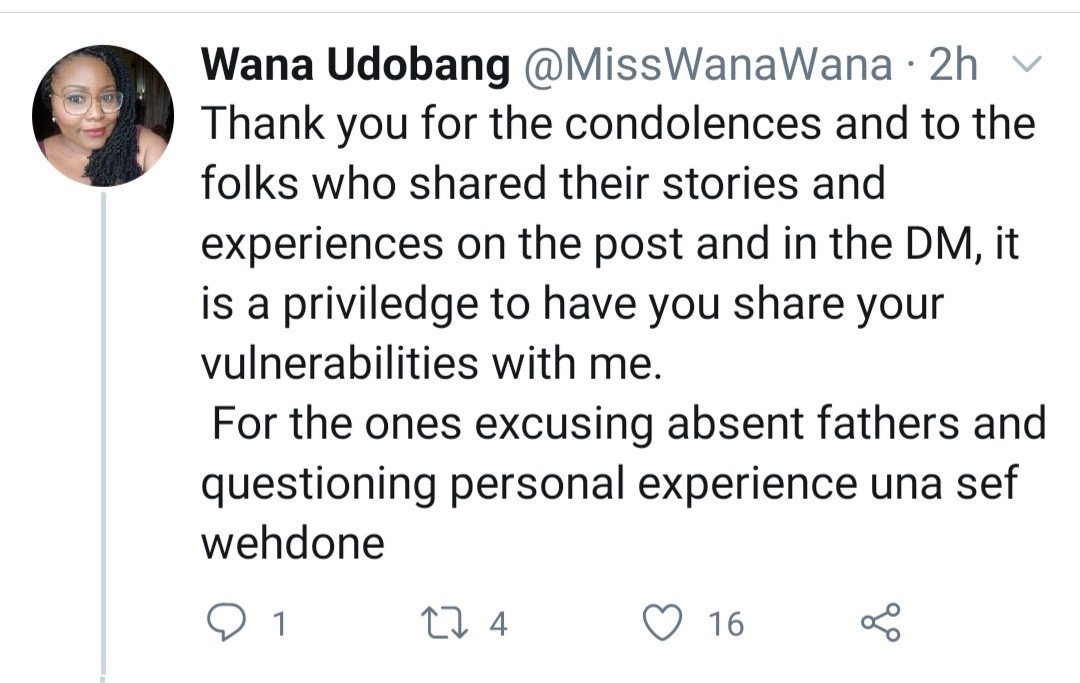