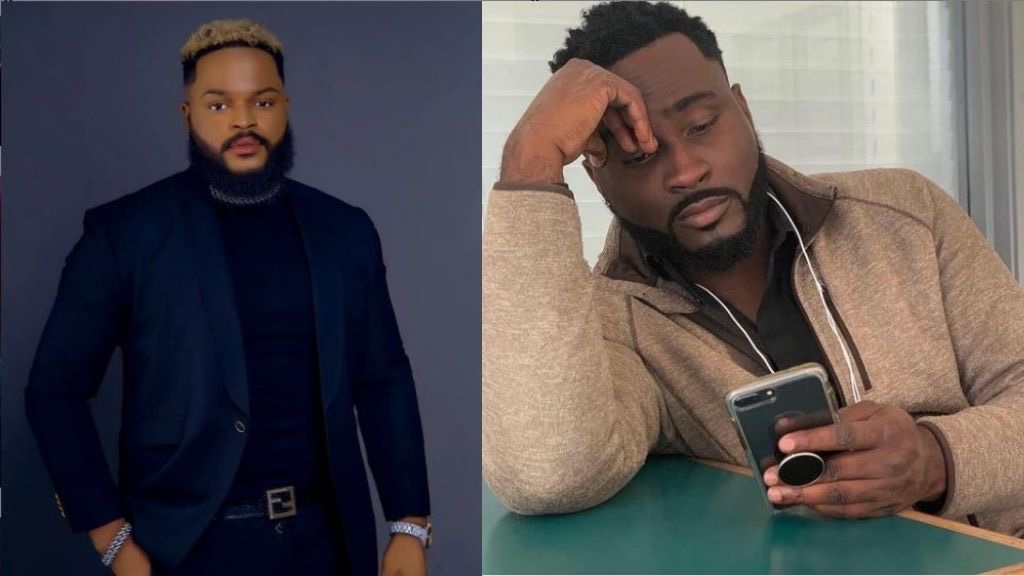 It all started after Pere approached Whitemoney asking him a question in an aggressive manner and threatening to remove his belt.

“What did you ask Bro, tell me to my face,” Pere said to Whitenoney while trying to remove his belt.

Whitemoney stood up, warning him to stop bullying and threatening him.

“Don’t ever try that thing with me, it’s because we are in the house I would have dealt with you. I know you don’t like me but don’t ever do that again I’m not a small boy.

“Do you know me before from anywhere, I’m not a kid, I’m from the street I’ll f*ck you up.

“Don’t come to me and try to pull your belt at me who do you think you are,” he said.

The argument got heated and Whitemoney was pulled away from Pere in order to avoid a fight.

Other housemates accused Pere of bullying and Maria demanded he should apologize to Whitemoney but he refused.

Recall that Pere lastweek had taken Whitemoney out of the kitchen because he felt he was monopolizing the kitchen and using it as a strategy to win the reality show.

The post BBNaija: How Pere pulled his belt to flog Whitemoney during clash last night [VIDEO] appeared first on .

CHECK IT OUT:  “Andy Ruiz Is Good But He Can’t Beat Me Twice” – Joshua Assures