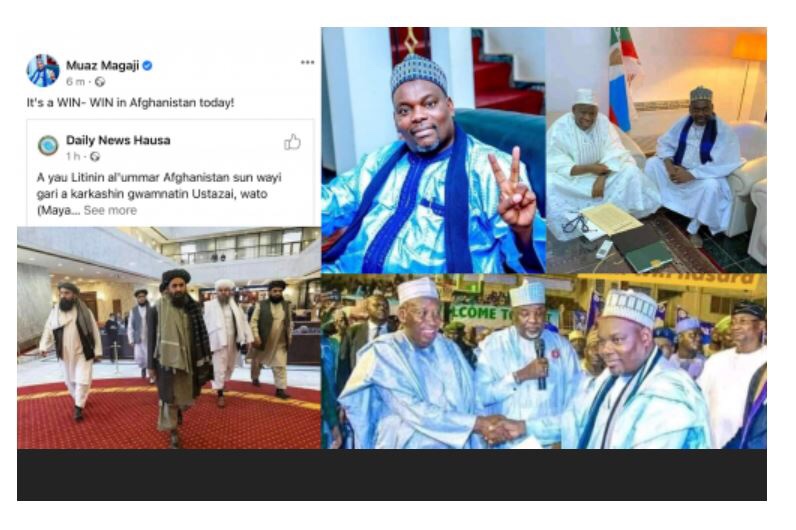 Muaz Magaji, Chairman of the Kano State Gas Pipeline Project Delivery and Gas Industrialisation Committee, has celebrated the victory of the Taliban terrorist group in Afghanistan, prayed for by Isa Pantami, the Minister of communications and Digital Economy.

Magaji, who was first sacked for celebrating the death of the late Chief of Staff to the President, Abba Kyari, and later reappointed to his current position, described unfolding developments in Afghanistan as a win-win.

In a manner not dissimilar from Minister of Communications and Digital Economy, Isa Pantami, who openly declared support for the terrorist group, Magaji said the Taliban taking over power in Afghanistan is a “win.”

Reacting to a story in the Daily News Hausa, announcing the Taliban government in Afghanistan, Magaji said, “It’s a WIN-WIN in Afghanistan today!”

Magaji becomes the second government official among members of the ruling All Progressive Congress party who will openly declare support and endorse a terrorist group. 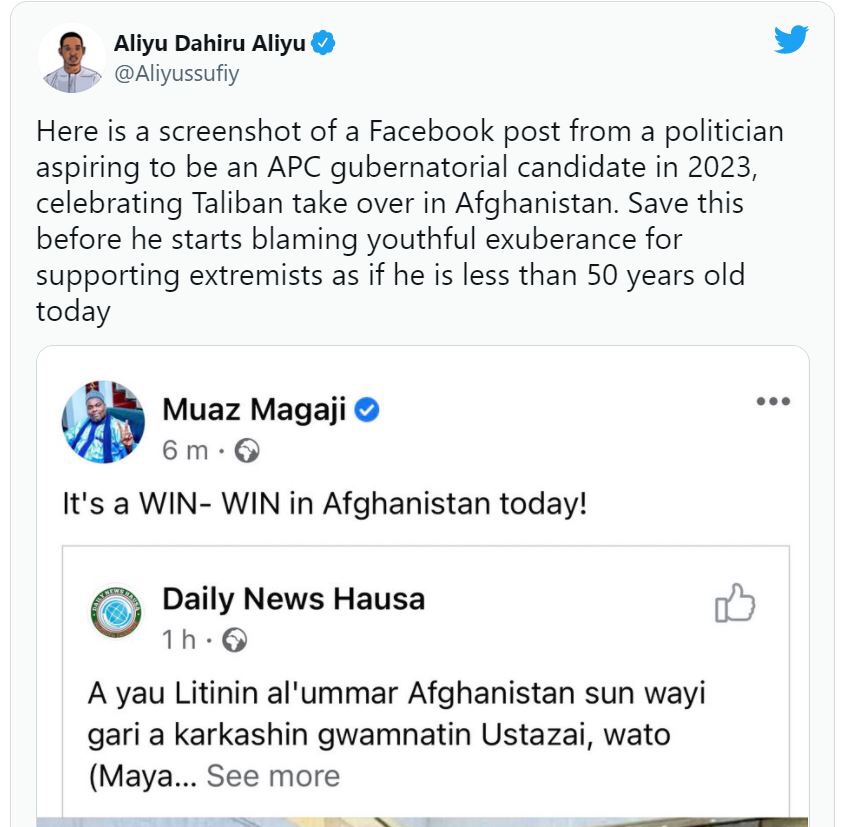