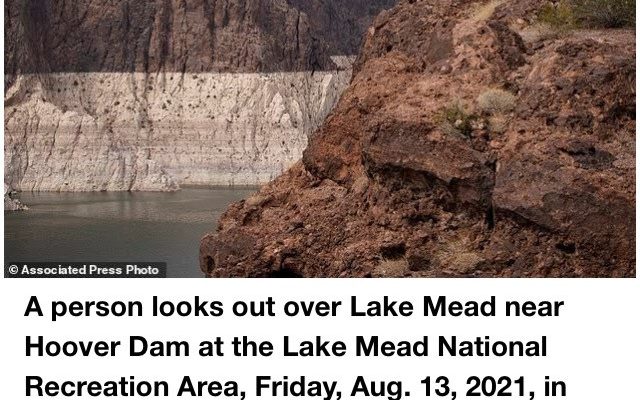 US officials declared the first-ever federal Water shortage on Monday, from a river that serves 40 million people in the West, triggering cuts to some Arizona, Nevada and New Mexico farmers next year amid a gripping drought. 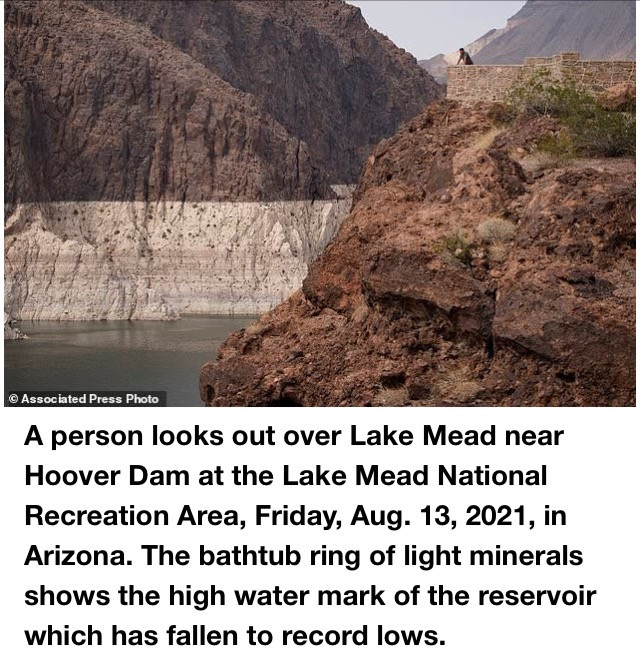 Water levels at the largest reservoir on the Colorado River – Lake Mead – have fallen to record lows.

Along its perimeter, a white ‘bathtub ring’ of minerals outlines where the high water line once stood, underscoring the acute water challenges for a region facing a growing population and a drought that is being worsened by hotter, drier weather brought on by climate change.

Arizona will be hardest hit and lose 18 percent of its share from the river next year, or 512,000 acre-feet of water. That’s around eight percent of the state’s total water use.

An acre-foot is enough water to supply one to two households a year.

Nevada will lose about seven percent of its allocation, or 21,000 acre-feet of water. But it will not feel the shortage largely because of conservation efforts.

California is spared from immediate cuts because it has more senior water rights than Arizona and Nevada.

Mexico will see a reduction of roughly five percent, or 80,000 acre-feet.

States, cities, farmers and others have diversified their water sources over the years, helping soften the blow of the upcoming cuts.

However, federal officials said Monday’s declaration makes it clear that conditions have intensified faster than scientists predicted in 2019, when some states in the Colorado River basin agreed to give up shares of water to maintain levels at Lake Mead.

CHECK IT OUT:  Man Shoots Friend In Anambra Over N1,000 Debt

‘The announcement today is a recognition that the hydrology that was planned for years ago – but we hoped we would never see – is here,’ said Bureau of Reclamation Commissioner Camille Touton.

Lake Mead was formed by building the Hoover Dam in the 1930s.

It is one of several man-made reservoirs that store water from the Colorado River, which supplies household water, irrigation for farms and hydropower to Arizona, California, Colorado, Nevada, New Mexico, Utah, Wyoming and parts of Mexico.

But water levels at Lake Mead and Lake Powell, the river’s two largest reservoirs, have been falling for years and faster than experts predicted.