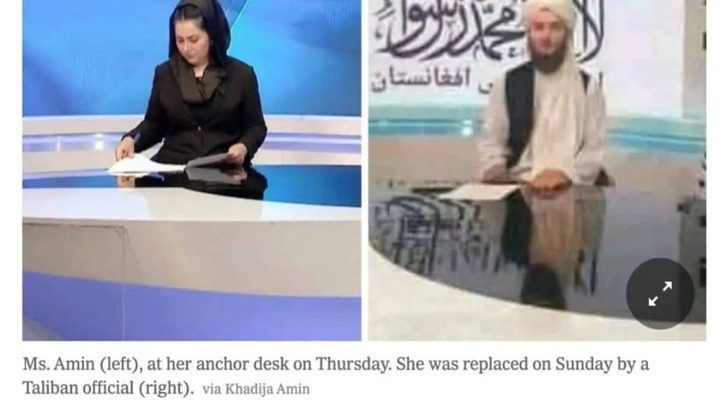 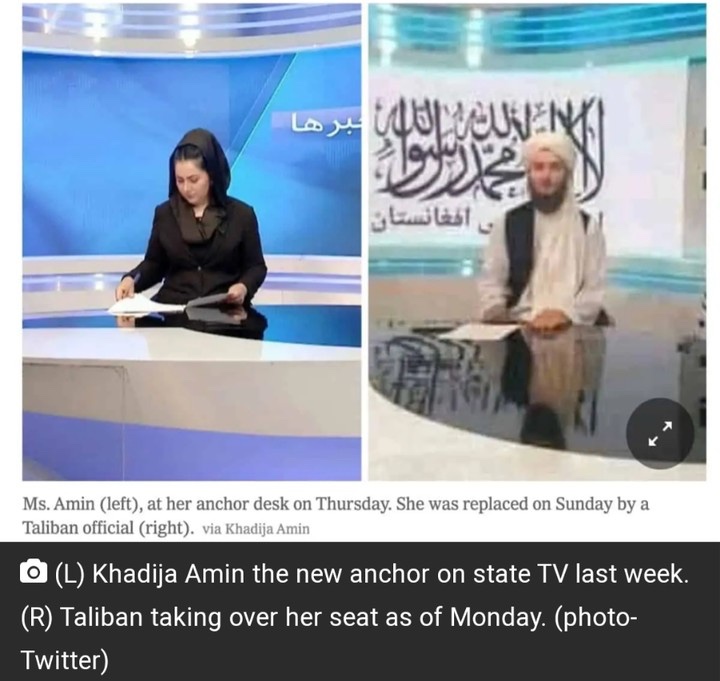 Days after the Taliban assured the people of Afghanistan that they will be safe and promising that the women will continue to live with freedom, the organization reportedly banned women anchors from working in state television.

On August 17, the New York Times reported that the Taliban has “indefinitely suspended” women employees from state television. The Times attributed the news to Khadija Amin, a “prominent anchorwoman on state television”, who reportedly spoke about it during an interaction.

Amin said, “I am a journalist and I am not allowed to work. What will I do next? The next generation will have nothing, everything we have achieved for 20 years will be gone. The Taliban is the Taliban. They have not changed.”

On Tuesday, a Taliban spokesman pledged to honor women’s rights, but within the norms of Islamic law. Zabihullah Mujahid asserted that the Taliban would protect women’s rights which comes after the Taliban’s earlier rule that saw women’s lives and rights severely restricted.

They were banned from studying and working, kept hidden in their homes, and violently assaulted if they were seen in public with their faces uncovered.

Mujahid also said the Taliban wanted private media to remain independent, but stressed journalists should not work against national values.

The Taliban took control of Afghanistan in 1996, imposing harsh conditions and rules after their strict interpretation of Islamic law.

Under their rule, women had to cover themselves and leave the house only in the company of a male family member. The Taliban also prevented girls from going to school, and women from working outside the home. They were also prevented from voting.

CHECK IT OUT:  CEO Of Nigeria Air Peace Airline, Allen Onyema Accused By FBI For Bank Fraud & Money Laundering of Over $20 Million

Women were severely punished for not obeying these rules, including beatings and killing if they were guilty of adultery. Afghanistan has the highest maternal mortality rate in the world.

With the fall of the Taliban regime in 2001, the situation for women and girls improved dramatically, although these gains were partial and fragile.