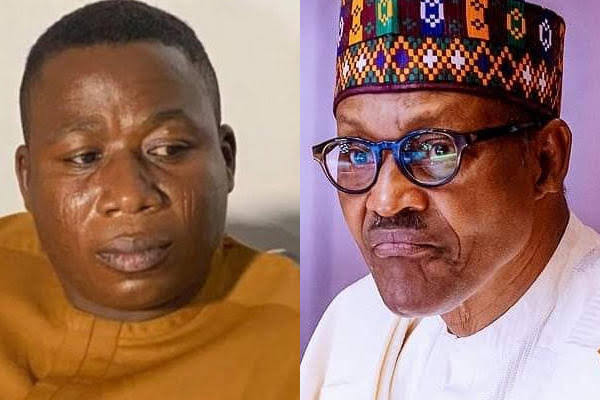 Yoruba nation freedom fighter, Sunday Igboho, has disclosed that he will seek asylum in Benin Republic and France when he leaves prison.

This was disclosed by one of his lawyers, Olusegun Falola.

Falola also disclosed that Igboho would not return to Nigeria until the administration of President Muhammadu Buhari leaves office.

The counsel said his client’s continued stay in Benin Republic is a blessing in disguise.

“Igboho’s arrest shows he was cheated, because he didn’t commit any criminal offence. He is under Benin Republic’s protection.

“Nigeria did not show up in court or bring up evidence against Igboho. So there are no criminal charges against him. When he leaves prison, he’ll demand asylum from other countries including France, and they will be ready to receive him.

“So he’ll return back to Nigeria when the administration that is against him leaves office.

“The judges asked him if he had land in Cotonou and he responded that he has a land in Seme. So, there is still danger ahead. Igboho’s asylum in Cotonou is for him to stay in the country and do his businesses in the country and also travel to Germany to either live there or to travel to and fro. He’ll use Benin as his new home until Buhari’s tenure is over just for his own safety,” Nation quoted Falola as saying.

About a month ago, Igboho was arrested in Cotonou while trying to travel to Germany.

This was after the freedom fighter fled Nigeria after he was declared wanted by the Department of State Services, DSS.

CHECK IT OUT:  SSANU and NASU Suspend Strike

DSS declared Igboho wanted after an invasion of his house, and weapons were discovered during the raid.

While Igboho is currently standing trial in Cotonou, the Nigerian government is yet to level any charges against the agitator.