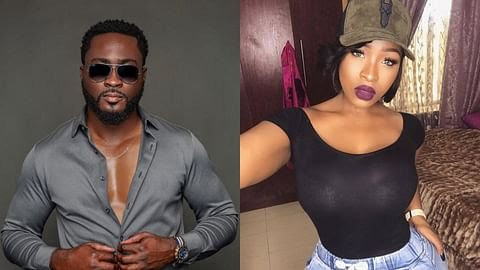 Pere said this while having a conversation with Maria in the garden.

According to him, he was first attracted to Jackie B when he got in the house before he started getting close to Maria.

“I was attracted to Jackie B from the first day in the house but she was interested in someone else.

“But when I noticed you, I started having feelings for you,” Pere told Maria.

Recall that Pere told Maria he would like to have a relationship with her outside the house.

However, Maria turned him down, saying she has someone outside the house.