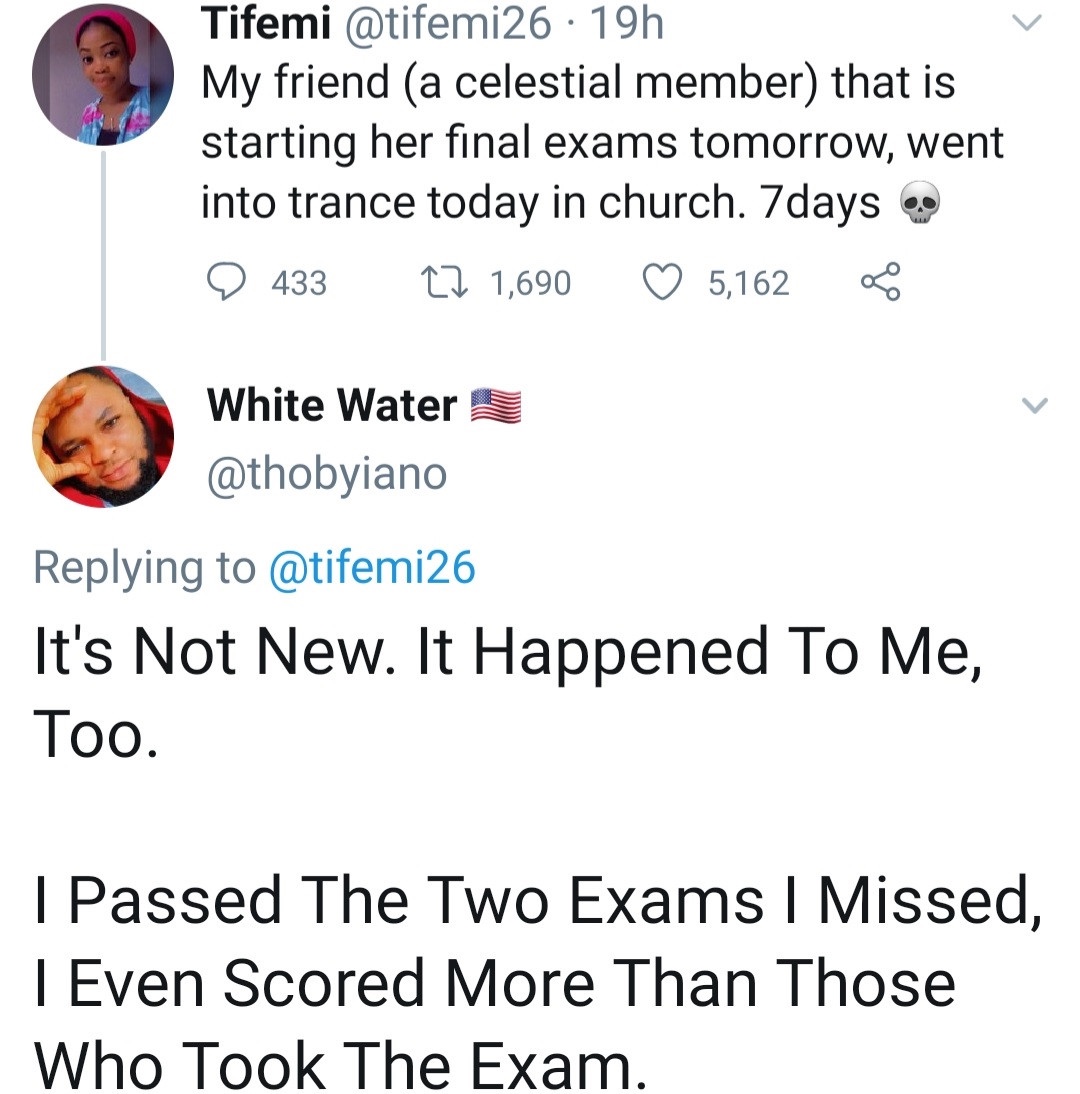 A number of Celestial church members have narrated how they ”passed” exams they missed because they were in a trance in church.

They began sharing their stories after a Twitter user revealed that a friend of hers went into a trance in church yesterday, August 22, and she will likely stay that way for 7 days, meaning she will miss her exams which starts today.

Usually, white garment church members who go into a ”trance” stay that way for days.

Other white garment church members, including Celestial Church members and Cherubim & Seraphim members, responded, saying the friend has nothing to worry about because the God who she is serving will ‘take care of her exams.’

They then narrated how they missed their exams because they were in a trance, yet they passed.

One said he missed two exams while in a trance yet he had a better score than those who sat for it. He said she scored A in the courses.

Another said he had a 3.87 CGPA with no carryover, despite missing his exams because he was in a trance for 21 days. 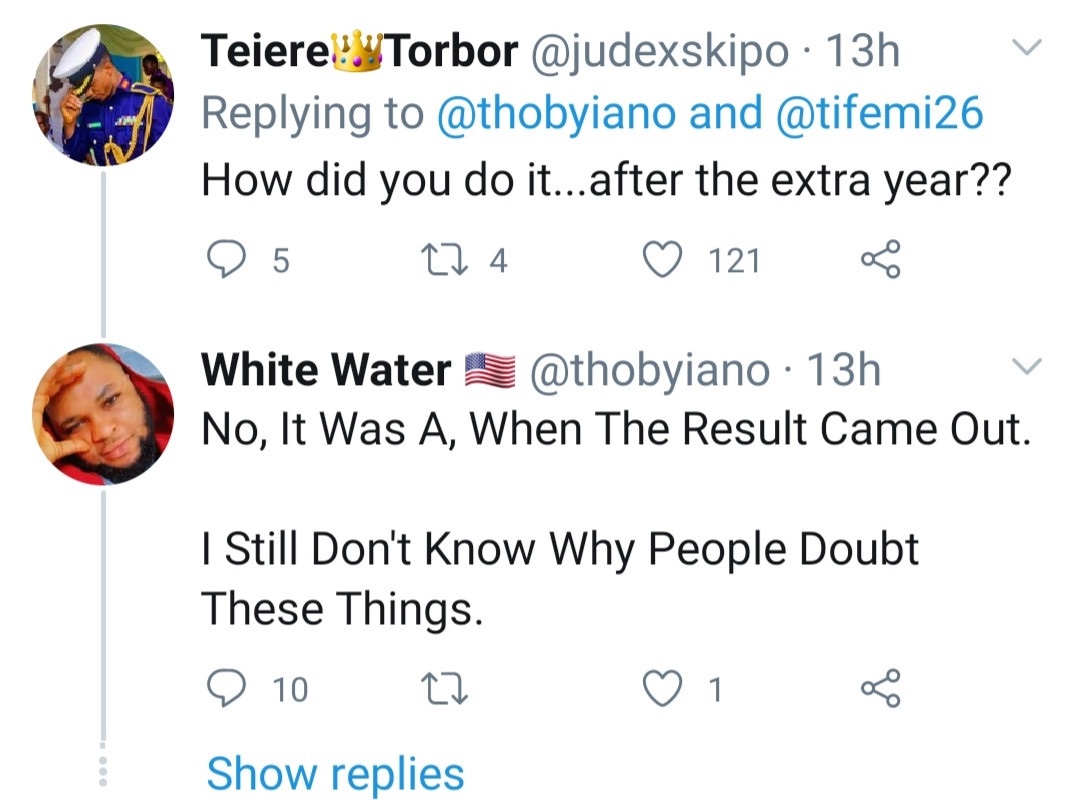 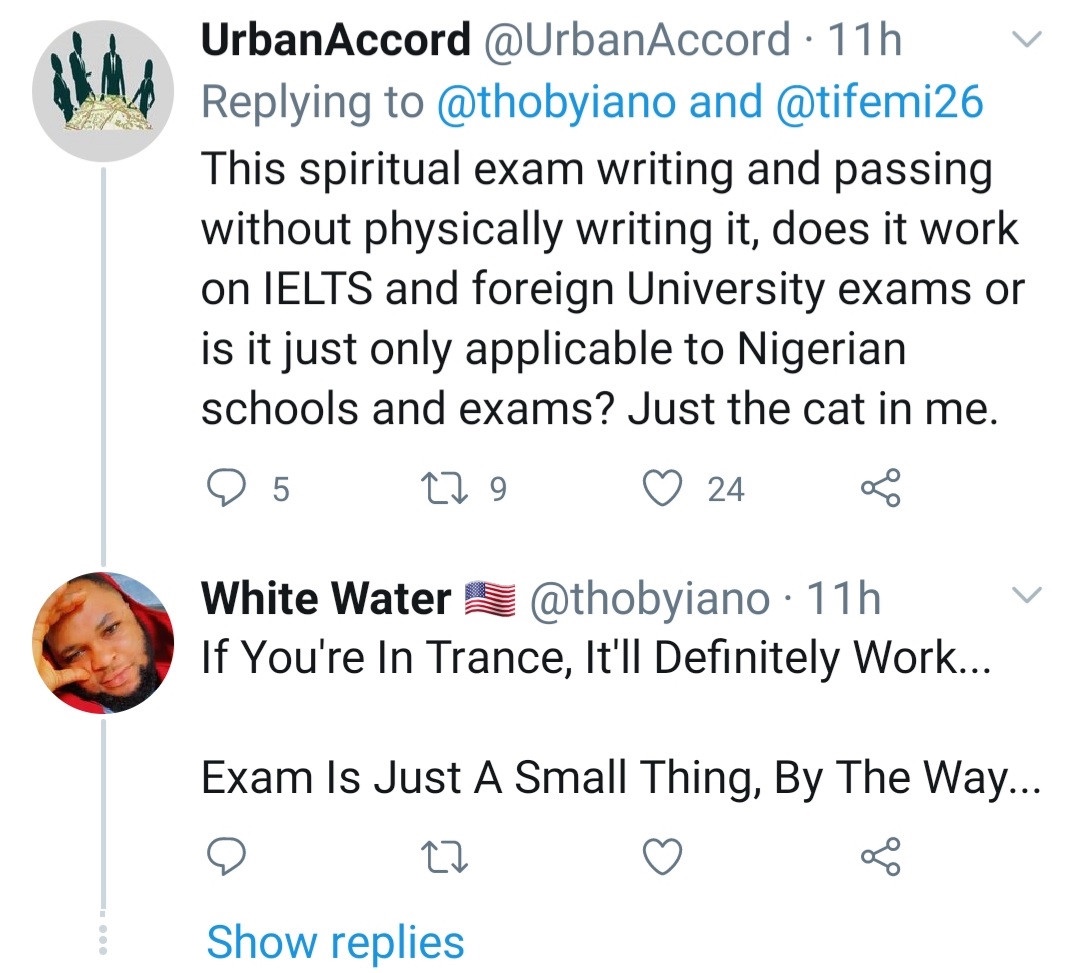 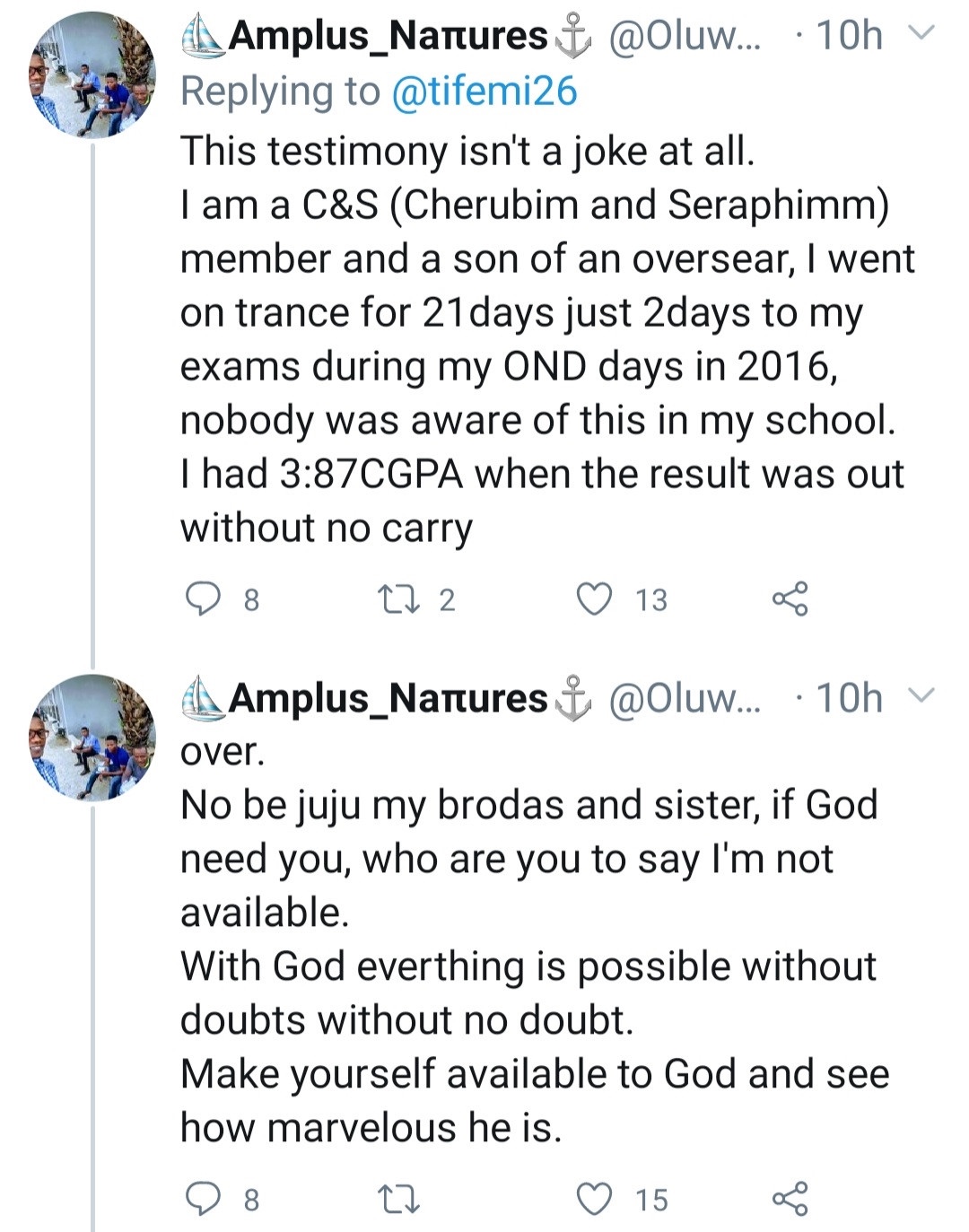