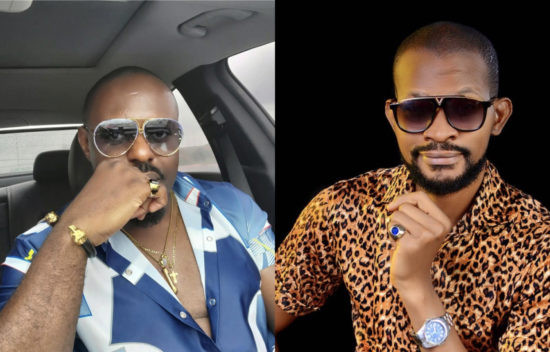 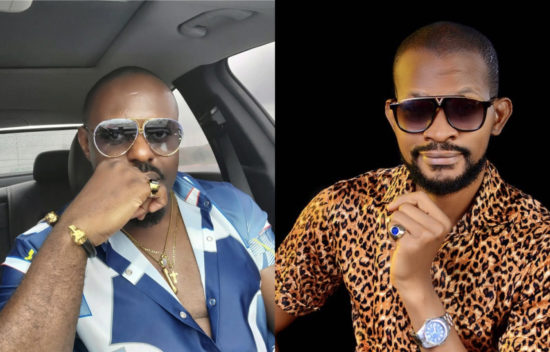 A video that has gone viral shows Nollywood star, Jim Iyke, attacking his colleague, Uche Maduagwu, who had trolled him on social media, saying Iyke’s source of wealth was suspect.

Maduagwu had also threatened to use his Abuja connection to send the Economic and Financial Crimes Commission, EFCC, after Jim Iyke.

In the video, Jim Iyke can be heard saying “You think I won’t find you!”

To which Uche Maduagwu responded: “How did you know I was here? EFCC is looking for you.”

After more exchanges of words, Jim Iyke flew at him with a kick and wallop that had Uche Maduagwu reeling backward into a door that burst open.

“I will sue you!” Maduagwu started yelling from beyond the door.

Still fuming, Jim Iyke floored two men that were restraining him and went through the door.

Below is a screenshot of Maduagwu’s post that triggered the confrontation.

The post Jim Iyke beats up Uche Maduagwu for questioning his source of wealth appeared first on .

CHECK IT OUT:  Abusive Dad Flees As His Daughter Stands Up To Him (Watch Video)