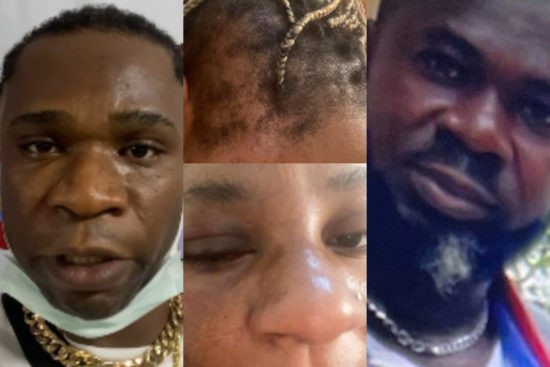 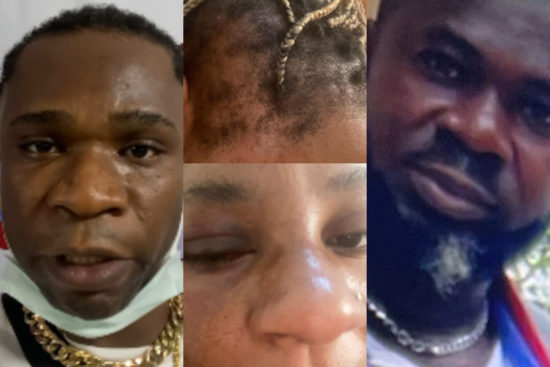 Speed Darlington and his sister had a heated argument online after Speed raised an alarm and at the same time called on people to help track down his sister’s husband whom he claims physically abused her.

The entertainer took to his Instagram page to share some photos of his sister which revealed that she was mercilessly battered.

Shortly after, Speed Darlington’s sister and her husband have released a video together to address assault allegations made by the rapper.

The couple said they were attacked by robbers who beat up the wife, Queeneth Ibe, because she refused to release her purse and phone to them

The husband, Dave Ibe, said Speed Darlington promised to spoil his name online, which is why he accused him of being responsible for the injuries on his sister’s body following the attack.

Speed Darlington reacting to his sister’s claims of being attacked by armed robbers said only God knows the number of beatings and threats she received from her husband to make such a video to cover up for her abusive husband.

According to Speed Darlington, nobody knows his sister better than him as she’s someone who does whatever you tell her when you scream at her or display violence hence her video is made out of threat or violence.

He then added that he’s willing to pay N60,000 cash for information leading to the address of his sister’s husband in order to rescue her before he eventually kills her because domestic violence isn’t something that should be taken lightly at all.

Looking at how she was brutalized and her claims of being attacked by armed robbers shows that Speed Darlington is saying the truth because no armed robber will attack a woman and her husband and beat the woman mercilessly without touching the husband. 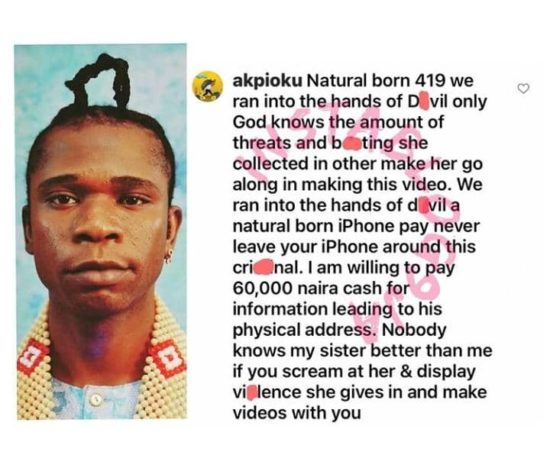 CHECK IT OUT:  The Only Reason Oyo-ita Was Sacked Is Because President Buhari Never Forgives – Reno Omokri