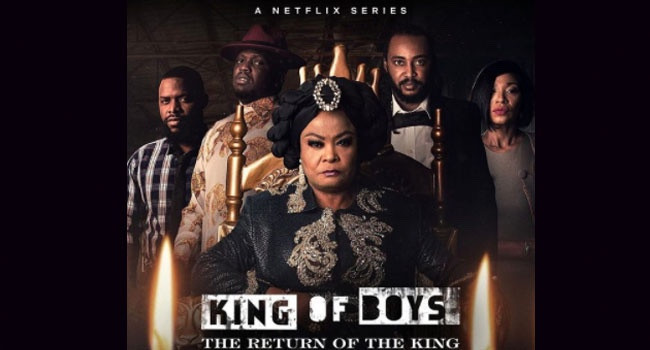 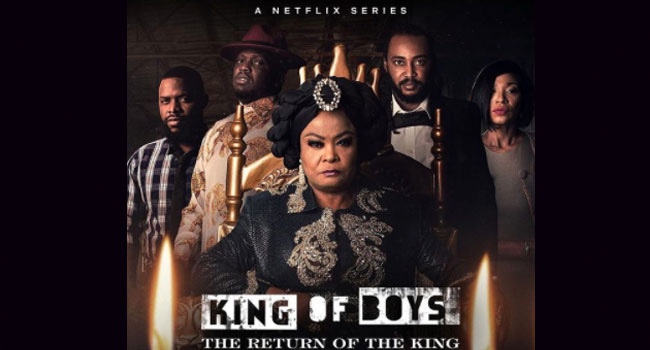 It’s the day that nearly every Nigerian movie lover has been waiting for – the day of the return of the King Of Boys.

After a successful run in cinemas back in 2018, producers of the political thriller film decided to bless fans with a second installment.

Production ran through most of 2020 and now fans finally get the opportunity to see what becomes of the revered Eniola Salami (the powerful character played by veteran actress Sola Sobowale).

With a power-packed first installment that garnered rave reviews and multiple awards, fans have remained at the edge of their seats, anticipating what would now be a seven-part series released exclusively to streaming giant, Netflix.

Netflix Naija has also been teasing the film, giving us sneak peeks into what we should expect.

“Is this your king? King of Boys: The Return of The King is now streaming,” they wrote in a post on Friday.

The post King Of Boys: Kemi Adetiba Release Sequel To Her Popular 2018 Movie appeared first on .