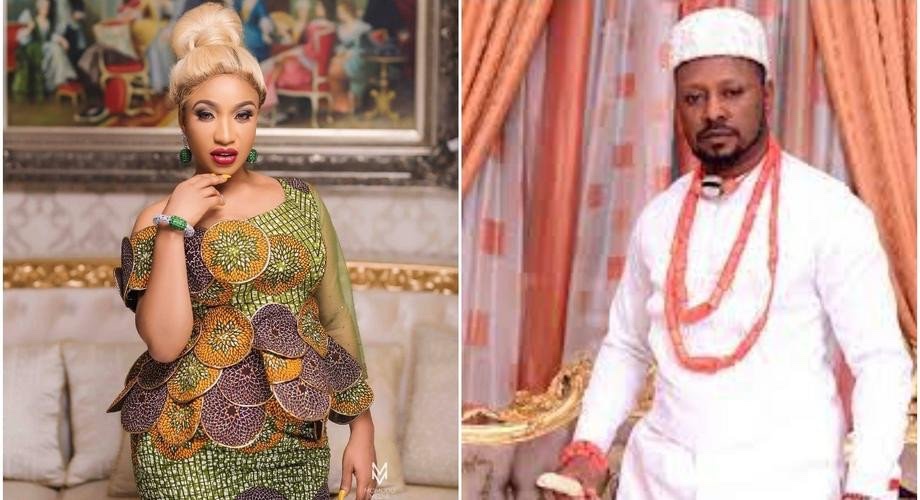 Ex-lover of Nollywood actress, Tonto Dikeh, Prince Kpokpogri, has revealed that the actress cheated on him right from the start of their relationship.

Kpokogri said this on Instagram as he finally addressed allegations of cheating by Tonto Dikeh while they were dating.

He alleged that their relationship, which lasted for three months, was a living hell and he’s being used as the victim of blackmail.

He accused Tonto of sleeping with someone else in Lagos and begged for a second chance when she was caught.

Part of his post read: “It’s glaring who really had an ulterior motive all along as exposed by her partners in crime.

“We dated for barely three months and it was more less a living hell!

“So much has happened in such a little time that i overlooked for the same of the so-called relationship and my personal sanity.

“However, I’ll be releasing evidence on how aunty cheated right from the very start of the relationship when she went to Lagos to open her legs like Lekki Toll Gate and how she cried and begged for a second chance and even threatened to commit suicide if I didn’t forgive her.

“There’s no worse evil than a bad woman and nothing has ever been produced better than a good one.” 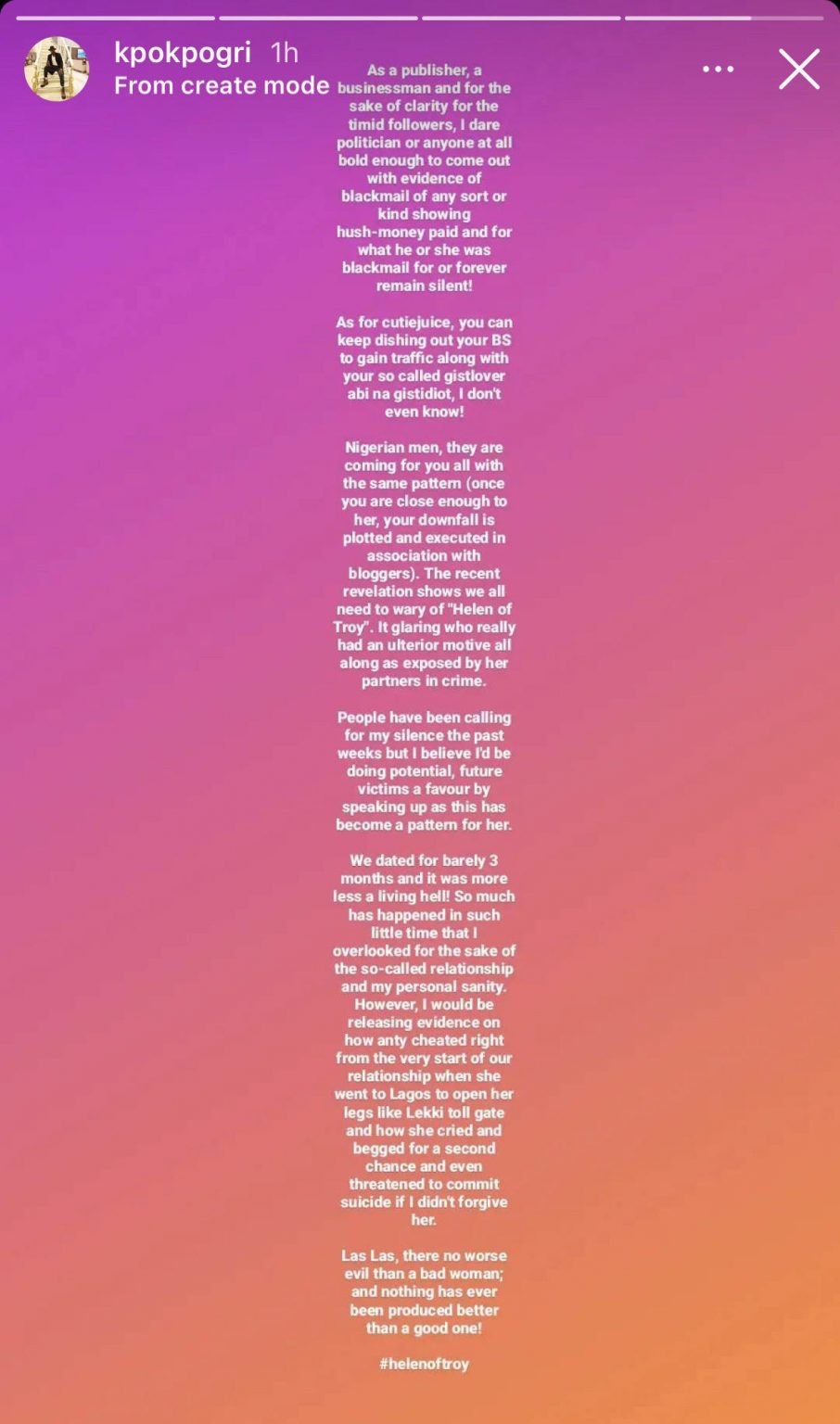 The post Tonto Dikeh’s ex-lover, Kpokpogri claims she cheated on him appeared first on .

CHECK IT OUT:  Do You Agree?? ”If PDP Loses On Saturday, Then The Election Is Not Free And Fair” – Wike