Prince Kpokpogri, an ex-lover of Tonto Dikeh, Nigerian actress, says he wasn’t arrested over his strife with the film star. 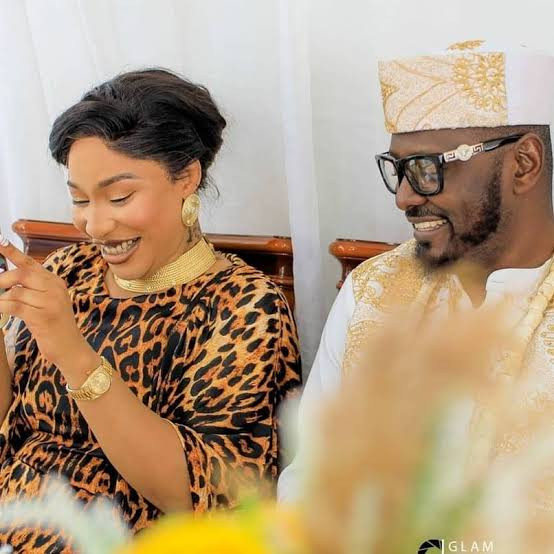 Dikeh and the politician had slugged it out with each other on social media after their relationship turned sour.

They had both accused each other of cheating, with a series of leaked audios surfacing online to back their claims.

On Wednesday, documents surfaced on social media alleging blackmail and extortion by Kpokpogri against Dikeh.

It was also claimed that Kpokpogri was picked up by the Department of State Services (DSS) over the controversy.

In a live Instagram session via his handle on Wednesday, Kpokpogri stated that he’s currently in his home contrary to rumours of his arrest.

“I was not picked up by anybody, I am at home,” he said in the video.