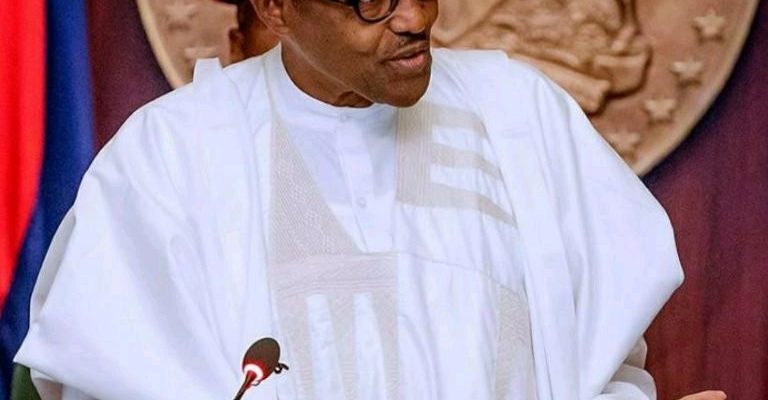 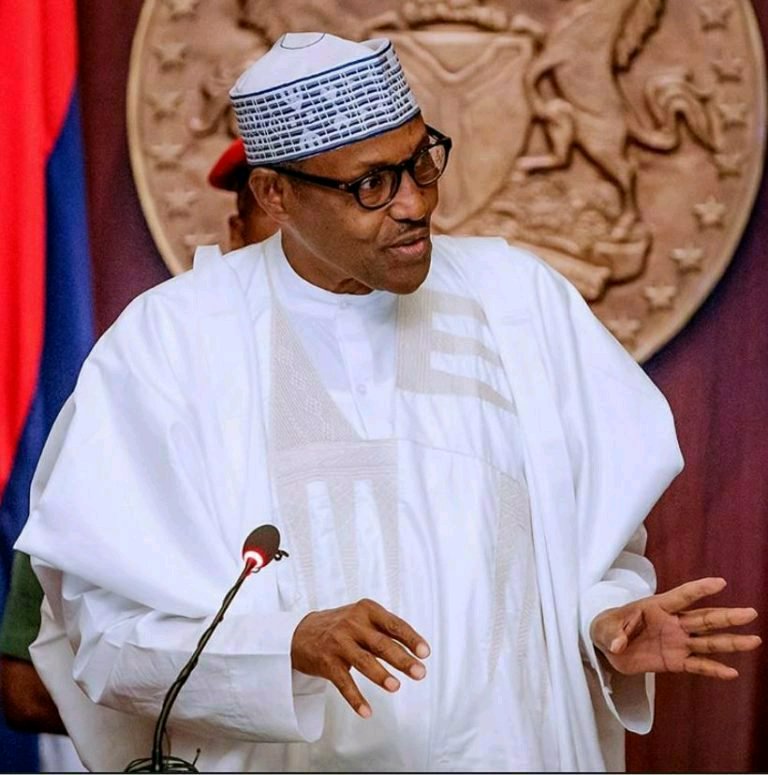 President Muhammadu Buhari yesterday urged the banking and financial services sector to play stronger roles in ensuring that small and medium-sized enterprises (SMEs) become “fit for purpose” as well as provide them full support to excel.

He said such financial intermediation would be essential at the time like this when Nigerians are grappling with the adverse impact of the COVID-19 pandemic.

This is just as the Governor of the Central Bank of Nigeria (CBN), Mr. Godwin Emefiele, revealed that the Infrastructure Corporation of Nigeria (InfraCorp) Plc established in collaboration with the African Finance Corporation (AFC) and the Nigerian Sovereign Investment Authority (NSIA) to raise N15 trillion for infrastructure development would be unveiled in October. Emefiele also hinted that the Nigerian International Financial Centre (NIFC) which would act as an international gateway for capital and investments, driven by technology and payment system infrastructure, would also be established within the next 12 months.

The president and the CBN Governor said this at the opening ceremony of the 14th Annual Banking and Finance Conference of Chartered Institute of Bankers of Nigeria (CIBN) in Abuja.

Buhari hailed institute and the entire banking and finance industry for the commitment towards charting a practical path for economic recovery and transformation of country and Africa in general.

Bihari who spoke virtually said: “I commend the financial services industry for its interventions and contributions towards the promotion of financial inclusion and literacy in our country. And more importantly, the roles played by the banks in fostering economic growth of the country.

“We need you, the banks to drive value creation by developing new technologies, scaling payment infrastructure to serve the diversified economies expected to benefit from this agreement.”

He said technological innovation was also important in the modern business terrain, noting that most transactions now take place online given the advent of the Internet of Things.

He said: “As we continue to progress towards the next frontiers of digitalisation, we must harness all opportunities while being mindful of the inherent risks. For example, the protection of data is now of utmost importance to provide users with more secure access to the online space.’’

Among other things, the president said ongoing efforts to reduce poverty in the country has continued to grow, with 1.6 million poor and vulnerable households, comprising more than 8 million individuals currently benefiting from the Conditional Cash Transfer programme, while N300 billion had been disbursed to farmers.

Buhari added: “From this number, 1.6 million poor and vulnerable households, comprising more than eight million individuals are currently benefiting from the Conditional Cash Transfer program, which pays a bi-monthly stipend of N10, 000 per household.”

He added that the National Social Investment Programme remained the biggest in Sub-Sahara Africa and one of the largest in the world.

CHECK IT OUT:  I Governed Abia With My Own Money – Orji Kalu Makes Stunning Claim

However, at the conference, with the theme: “Economic Recovery, Inclusion and Transformation: The Role of Banking and Finance,” in Abuja, Emefiele further extolled the role of monetary policy as well as the banking sector in ensuring that the economy emerged out of recession by the fourth quarter of the year.

He also said the banking sector must pay attention to providing long-term finance for infrastructure development in the country.

He also said with the decline in revenues due to federal and state governments following the drop in crude oil prices, alternative ways of funding infrastructure would be critical if the country is to generate sustained growth of our economy.

He explain that upcoming InfraCorp would enable the use of mostly private capital to support infrastructure investment that would have a multiplier effect on growth across critical sectors.

He said the purpose of the N15 trillion being raised was to address some of the country’s infrastructure needs, while providing reasonable returns to investors.

The CBN Governor added: “We believe this well-structured fund can act as a catalyst for growth in the medium and long run. The support of the banking community will be important in achieving this objective.”

Emefiele, however, noted that the banking sector had been critical in ameliorating the adverse impact of the COVID-19 pandemic on Nigerians.

The CBN governor maintained that it was imperative from both an economic and security point of view that the banking and financial system continued to support growth in sectors that have significant growth potential, saying it would enhance the resilience of the economy in the face of external shocks.

He pointed out that to consolidate on the growth and resilience of Nigerian banks, the NIFC which he termed a new financial hub, would curate local and international banks to make them global champions.

He further explained that the NIFC would be a 24/7 financial centre that would complement London, New York and Singapore financial centers and enable an acceleration of home grown initiatives including the Infracorp Plc.

According to Emefiele, the NIFC would also complement initiatives on the Nigerian Commodity Exchange and the National Theatre creative hubs for youths as well as the e-naira project which would also debut in October.

Speaking further, he said the NIFC would take advantage of existing laws particularly the BOFIA 2020, Nigerian Export Processing Zone Authority (NEPZA) and other CBN regulations to create a fully global investment and financial hub where monies, ideas, and technology will move freely without hindrance.

Emefiele also said about $500 million had been invested in indigenous payment companies between 2015 and 2020, adding that the platform had continued to evolve towards meeting the needs of households and businesses in the country.

Nevertheless, the apex bank boss said despite the various progress recorded in the banking and financial sector, about 36 per cent of the adult population currently lacked access to financial services in the country.

He said improving access to finance for individuals and businesses through digital channels could help to improve financial inclusion, lower the cost of transactions, and increase the flow of credit to businesses

CHECK IT OUT:  Police Discover Shrine, Recover Over 20 Persons Kept For Ritual In Oyo

He was also upbeat about the proposed central bank digital currency, known as the e-Naira which is expected to be unveiled next month, saying it would foster greater inclusion using digital channels, supporting cross border payments for businesses and firms as well as providing a reliable channel for remittances inflows into the country.

Emefiele said when fully deployed, the e-Naira would ensure that Nigerians in remote areas conduct financial activities using their digital as well as feature phone devices.

The CBN governor also said the apex bank had been able to reverse rising headline inflation which fell to 17.38 per cent as of July 2021, and now in its fourth consecutive month of this decline.

He said, “Reflecting on several measures put in place by both the fiscal and monetary authorities, we do expect that the pace of inflation will continue to moderate in the following months as we approach the harvest season.”

“Let me add that while we have been able to contain some of the effects of the COVID-19 pandemic on our economy, it is imperative that we work to build a more resilient economy that is better able to contain external shocks, whilst supporting growth and wealth creation in key sectors of our economy.

“Proactive steps on the part of stakeholders in the banking and financial system in supporting the growth of sectors such as agriculture, ICT and infrastructure, will strengthen our ability to deal with the challenges that have been brought on by COVID-19, and stimulate the growth of our economy.”

Emefiele also emphasised the important role the banking community could play in fostering greater growth and stability to sectors significantly impacted by the pandemic while also supporting investments in key sectors of the economy that could have a multiplier effect on growth.

According to Osinbajo, “It is either the finance sector is shy to invest in housing projects, or have not found the right housing finance model that will work for them. Nigeria do not have a functional mortgage housing system, which is the most reliable source of generating capital for individuals.

“Banks should come up with innovations such as housing financing, by supporting poverty reduction and economic growth. Ubiquitous housing for example will create employment and generate demand for related services.”

Osinbajo also stressed the need for banks to join forces with the federal government to address climate change.

“To achieve this, the federal government established an integrated Solar System for the electrification of five million houses, to serve about 25 million Nigerians, under the Economic Sustainability Plan of government. The CBN set aside N150 billion for the programme, made available through the bank’s initiated programme that is administered by the banks.

The programme has three core objectives: Expanding energy access to 25 million Nigerians; Increasing local contents; and Creating values chain experience. The programme is designed to supply cheap financing for developers, manufacturers and suppliers of electric components. The federal government is providing subsidy of between 20 to 30 per cent for each successful installation, through the rural electrification agency programme, to further de-risk each transaction and the project has been on in the last two years,” Osinbajo added.

Also, speaking at the occasion, the Governor of Lagos State, Mr. Babajide Sanwo-Olu called on financial institutions to focus on solutions that would cater to the vulnerable in the society and enhance inclusive growth.

He said, “The challenge of poverty, I am sure we all know predates COVID-19 and even as we focus on defeating the pandemic, we certainly should not forget that the entire world is so faced with a lot of poverty, inequality.”

He said more than ever, banking and financial institutions needed to step up with new innovative financing mechanisms and solutions that would focus on the marginalised and vulnerables in different parts of life.

“And they can help them and bring them out of poverty and all of the issues around inequality that we have in our environment. And help public institutions so that we can build a world class that we believe will be just, will be fair, will be equitable in all respects,” he said.

Sanwo-Olu added: “I commend the CBN for the initiative around the infrastructure funds that they are trying to put together, and I believe that it will help both the national and sub national to be able to build back quicker, better and faster.”

Also, President of Rwanda, Paul Kagame who graced the occasion virtually said the COVID-19 pandemic had affected every aspect of the economy, adding that the pandemic also presented an opportunity for Africa’s banks to play a leading role in making societies more resilient and responsive to the needs of the people.

He said, “Whatever affects business affects banking. Financial services, the engine of private sector and banks are crucial for getting the capital wisely for productive lead and Africa has the forces.”

The post Nigeria’s Foreign Loans Set For All-Time High At $45bn As Buhari Begs For Loan appeared first on .