LGBTQ activist, Bisi Alimi, has slammed Bobrisky for saying he took on the female personality because it pays him better.

Bobrisky had said during an interview with Chude Jidonwo that he wasn’t making any money when he was a man. He added that he became a woman for the financial gains.

“Being a woman has paved lots of ways for me. Women don’t know how powerful they are. They don’t know how to use their resources as women, ” the crossdresser said.

Reacting, Bisi called Bobrisky a local champion. He added that Bobrisky’s statement is one you will never hear from women and trans women.

Bisi went on to call Bobrisky a “woman for pay when it suits you” and asked what happens when being a woman no longer pays. 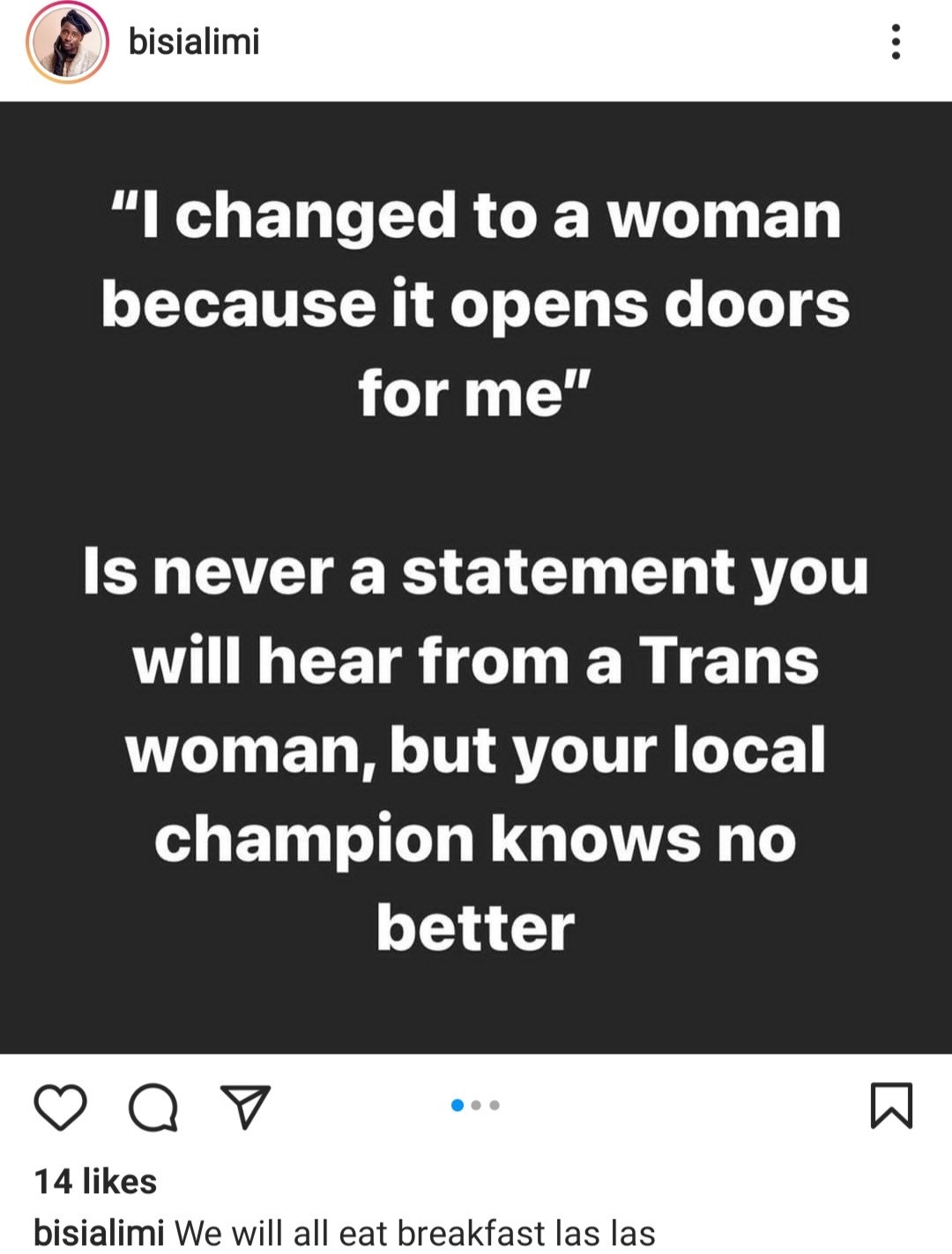 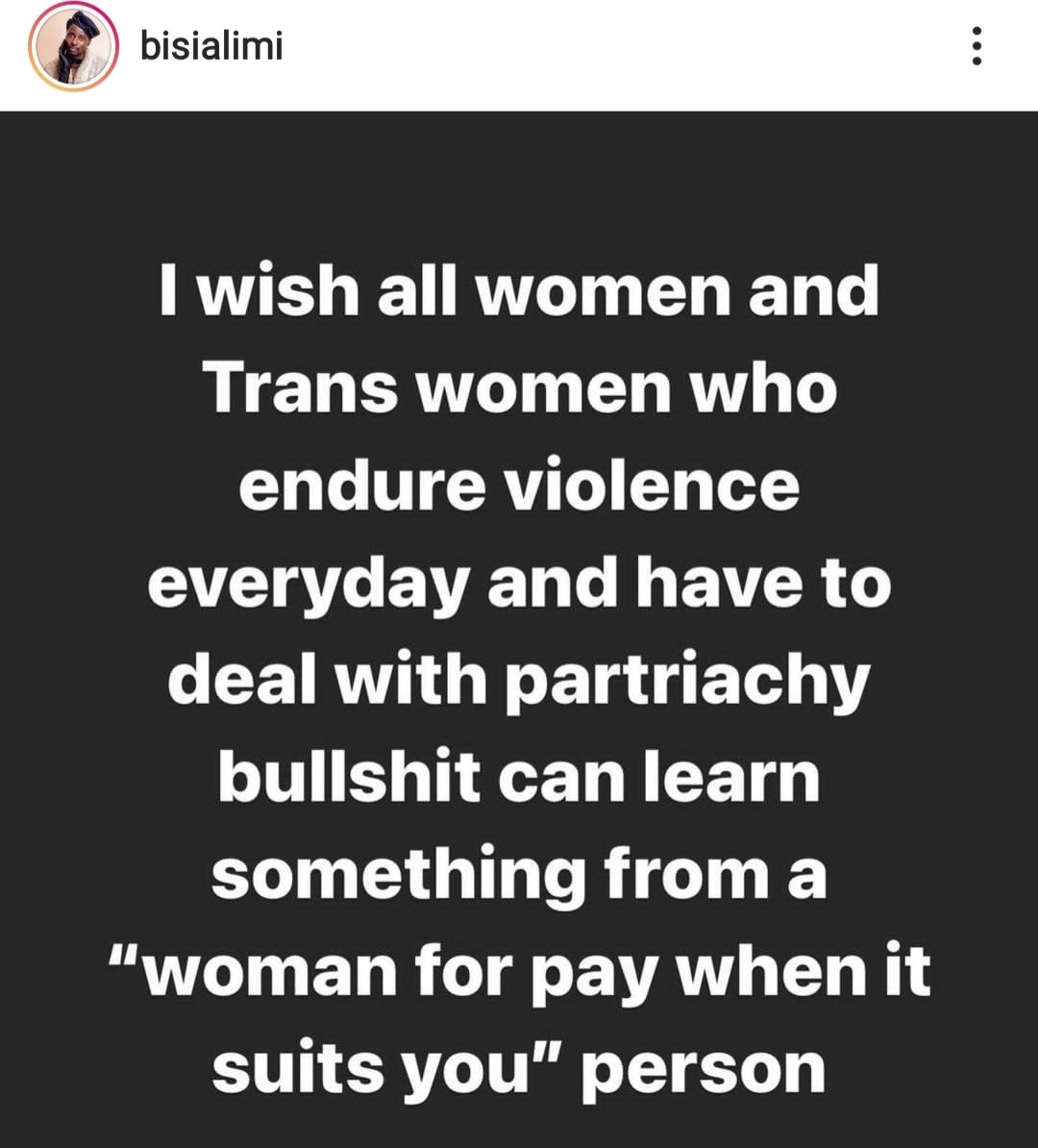