Big Brother Naija season 6 winner, Whitemoney has stirred reactions online after he revealed he would be taking colleague, Niyi on his sponsored trip to Dubai.

The 29-year-old businessman who emerged winner of the ‘shine ya eye’ season of the reality show, went home with the N90million grand prize which included; a ₦30 million cash prize, cash in an Abeg digital wallet, bitcoins courtesy of Patricia, a two-bedroom apartment courtesy of RevolutionPlus Property, an SUV from Innoson Motors, a trip for two to Dubai, a weekend getaway to Seychelles, packaged by Travelbeta, among other gifts.

However, during the prize presentation on Monday, October 4th when the show host, Ebuka asked Whitemoney who he would be taking on his Dubai trip, he chose fellow reality star, Niyi.

Speaking on why he chose Niyi, whitemony noted that the ‘bromance’ between him and Niyi is made in heaven.

Many viewers of the show who had thought Whitemoney would choose Queen has taken to social media to react.

A Twitter user @Ahmara__ wrote, “M I the only one that loved that whitemoney is not taking queen on the trip. I feel its okay let them settle their feelings first and recollect their thoughts. If there is more to it, He has enough cash to take her to the moon”.

@Duchess_Euchay, “E pain for Queen sha ���after fighting Pere on behalf of Whitemoney + campaigning massively for him. He did not choose her for his trip rather he chose Niyi. Don’t inherit fight they won’t hear. She almost lost a good friendship with Pere”.

CHECK IT OUT:  Boma didn’t penetrate me with his fingers — BBN’s Tega 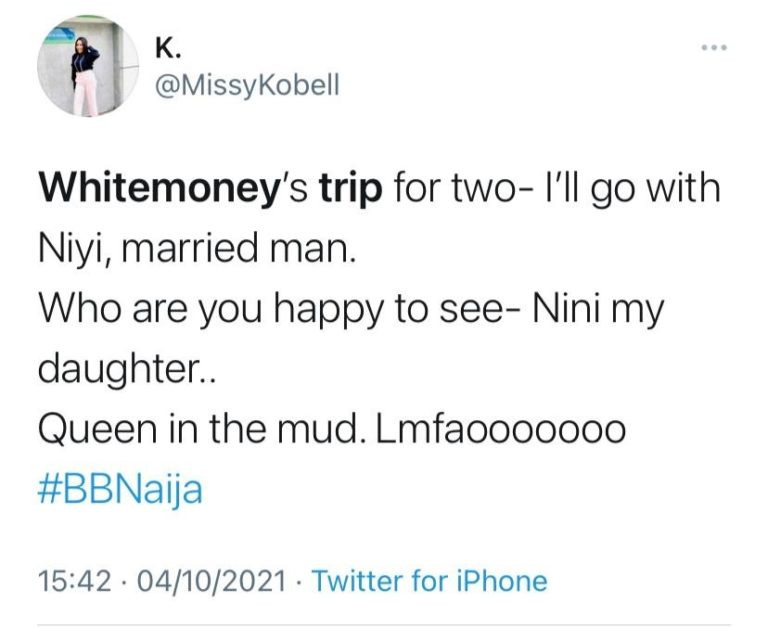 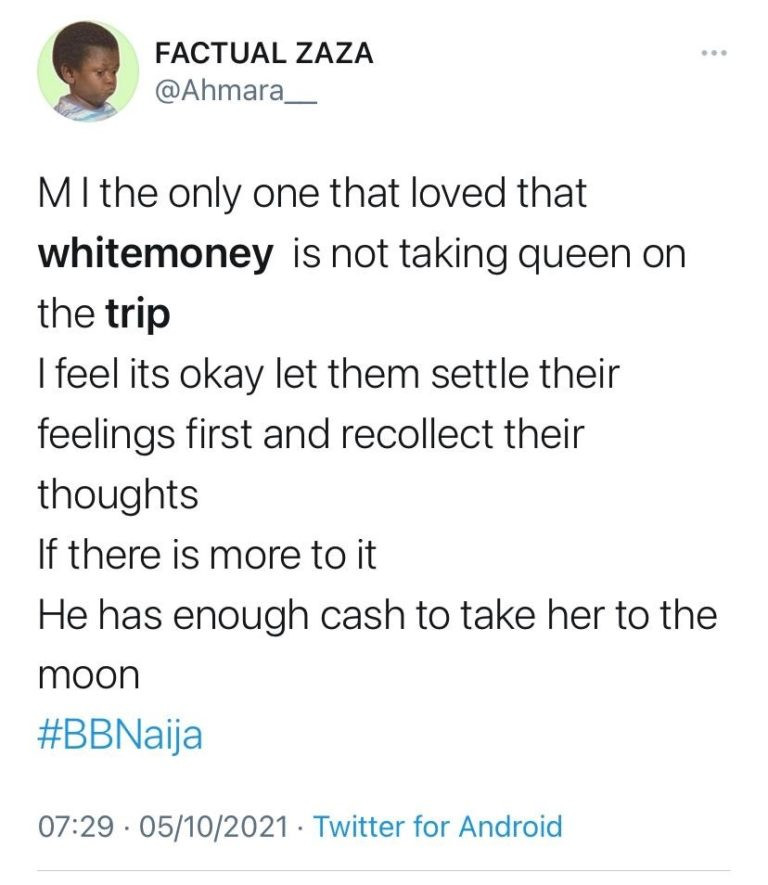 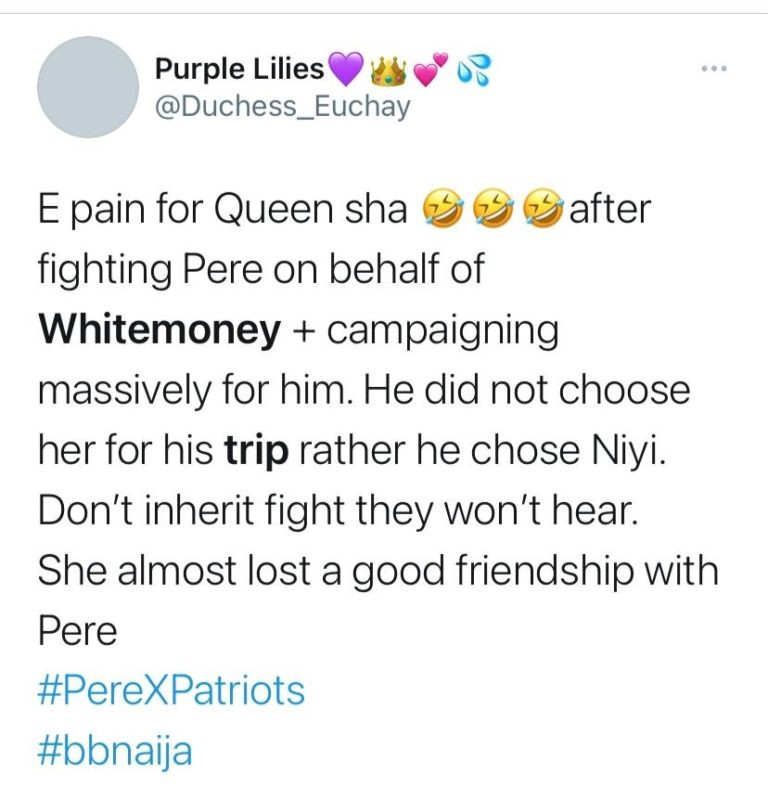