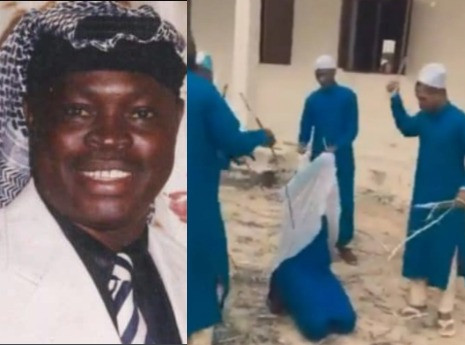 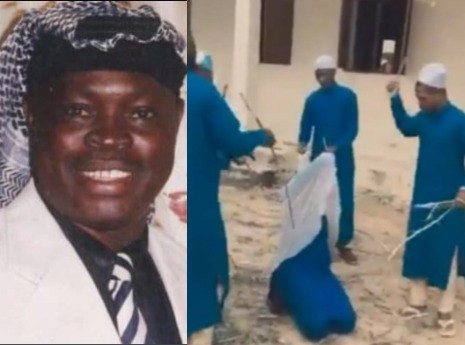 The Muslim Rights Concern, MURIC, has called on Muslims in Kwara State and the general public to desist from jumping to conclusions on the viral video in which students of an Arabic school were severely beaten.

Over the weekend, a video showing students of an Islamic school in Kwara state with marks all over their bodies made the rounds on social media. It was reported that the students were flogged mercilessly by their teachers for going to a club and taking alcohol.

In a statement released today October 11, the director and founder of MURIC, Professor Ishaq Akintola, said it doesn’t subscribe to severe torture but the students needed to be punished for going against the teachings they received from their teachers. According to Akintola, the students needed to be punished so as to stop them from badly influencing other students. According to him, those who are currently kicking against the punishment meted on the students are the same people who would send their wards to Big Brother Naija to participate in shameful public sex.

“While we regard the punishment meted to the students as too harsh, we maintain that the action of the school authorities should not be judged in isolation. The fact that the parents requested the school to discipline their children must not be ignored.

MURIC is also in possession of another video in which the students confessed that they engaged in shameful and unIslamic actions, namely, visiting a club, drinking alcohol, bathing themselves with alcohol, etc. These are horrible acts in which ordinary Muslims must not be involved.

Arabic schools are the repository of morality and the vault of uprightness. They are the conscience of the Ummah. The offence committed by those students becomes more unacceptable when the actors are students of an Arabic school who are expected to be the epitome of morality and religiousity.

The abyss of moral decadence into which the Nigerian society has fallen is responsible for most of the woes facing us in this country today. Nigerians now indulge their children. Family values and norms have been thrown to the winds. Parents allow their children to dictate to them. Instead of parents condemning waywardness in their children and punishing them for it, they now condone and collaborate.

This is unlike in the past when a dirty slap from the mother alone will make the child shiver and he will start begging the mother not to tell his father when the latter returns home. The result was the sane society which we all miss today. Such disciplinary measures and the attendant morally upright children are expected to be found in Arabic schools today and that explains the raison d’etre for the disappointment expressed by the parents of those students. It explains why they asked the school authorities to deal with their children.

Nigerians must brace up and understand where the authorities of the Kwara Arabic school are coming from? The students who received that beating were the black sheep in the school and they would have polluted others by taking them to the club if they had not been taught that bitter lesson. Whoever expected killings, kidnappings, rape and other vicious crimes in Northern Nigeria? It did not start in just one day.

While we do not subscribe to merciless flogging, torture and other severe corporeal punishment, we make bold to say that children must be disciplined. MURIC will not encourage sparing the rod to spoil the child. Nigerians, nay Africans, must resist the temptation to embrace strange and obnoxious Western values.

This is not London where a 5-year old child can call the police to arrest his mum for spanking him and all London police units will come racing to the house, blaring siren. This is not New York where a mother must seek permission from her 3-year old baby before the latter’s nappy can be changed. This is Nigeria, the heartbeat of Africa.

We commend the parents of those children who instructed the school authorities to punish their children. Posterity will count them among Nigeria’s puritanists and disciplinarians. Those who are condemning the parents and the teachers today are those who will gladly encourage their own children and wards to participate in BBNaija’s shameful sex in public.

MURIC stands with discipline and high moral values. The highhandedness in the punishment is regrettable but what do those erring students deserve? Should they be showered with pancake, shawarma and ice cream? They must be made to know the enormity of their shameful behaviour. The punishment may have been lighter though.

In the light of the above, we urge Muslims in Kwara State and the general public to allow the Kwara State Government to investigate the incident. Government itself must adopt a middle road. We invite parents and guardians to discipline their children and wards promptly and proportionately.

In view of the fact that many Muslims ran away from Arabic classes in the past due to fear of the cane, we advise Arabic schools to adopt the stick and carrot policy. They should use the stick lightly and sparingly but cajole their pupils with carrot, sweet and biscuits everyday.”

CHECK IT OUT:  Police Rescue 10 Out Of 15 Women Kidnapped By Bandits In Katsina
(Visited 14 times, 1 visits today)