List: Names, Ages of 11 Nigerians Arrested, Charged by US for N3.69bn Fraud, They Face Up to 30 Years in Jail - NaijaCover.Com
Skip to content 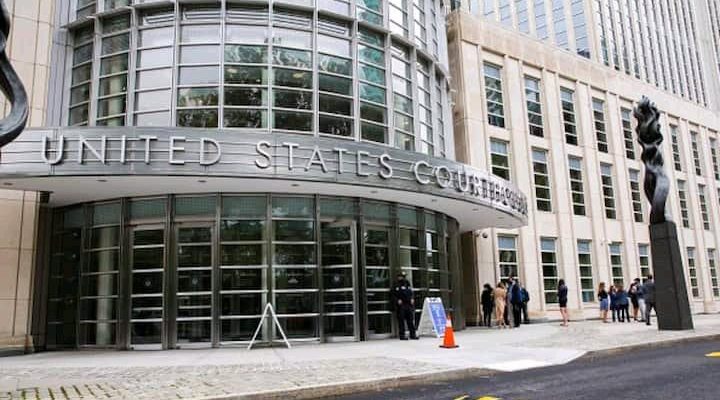 A statement released by the agency on Wednesday, October 13, indicates that over 50 victims sent more than $9 million (N3,697,295,072.39) to the defendants through online fraud schemes.Nine of the suspects were arrested on Wednesday and dragged to court in the Southern District of New York. One suspect was arrested in the Southern District of Texas and was also taken to the federal court in the district while the remaining one remains at large.

The statement explained that the victims were defrauded in one of two ways.In some instances, business email compromise fraud schemes were used to trick businesses into transferring funds to bank accounts.

In other instances, romance scams were used, primarily through electronic messages sent via email, text messaging, social media, or online dating websites, to deceive the victims, the statement noted.

While the statement did not describe the suspects as Nigerians, their names gave them out.

Meanwhile, the statement highlighted the charges prefered against the suspects. Some of the offences carry a maximum sentence of 20 years while others carry up to 30 years.

However, the US Department of Justice noted in the statement that the maximum potential penalties mentioned are for informational purposes only, adding that any sentencing of the suspects would be determined by a judge.

The post List: Names, Ages of 11 Nigerians Arrested, Charged by US for N3.69bn Fraud, They Face Up to 30 Years in Jail appeared first on .

CHECK IT OUT:  Na Wa o! State To Ban Nursing Mothers From Bringing Babies To Office