“Abeg, They Are All Fake” – Kpokpogri as he denies being the Voice In Audio Confessing to Sleeping With Jane Mena - NaijaCover.Com
Skip to content 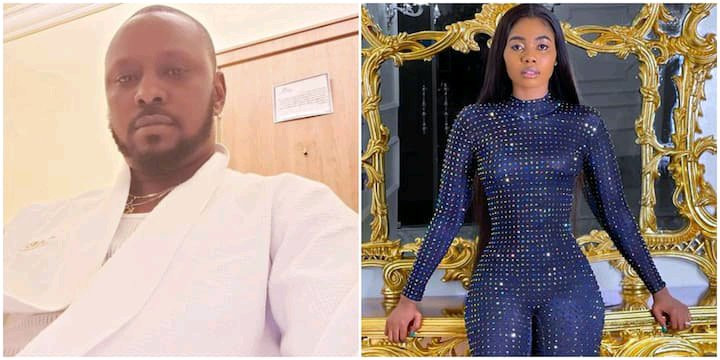 Actress Tonto Dikeh’s ex-lover Prince Kpokpogri has denied being the voice behind the viral audio confessing to sleeping with popular dancer Jane Mena.

Kpokpogri had come online to do an Instagram live to debunk some reports about him on social media. Tonto had revealed that he was picked up by the police.

While denying that, he also touched on the viral voicenote of him talking about dancer Jane Mena.

The voice of a woman was heard asking him about the voicenote during Kpokpogri’s IG live. She recalled some of the things she heard the politician say in the audio and asked if he truly said so.

Kpokpogri had stated that he was always active down there whenever he thought of the dancer.

The politician denied saying that, adding that the voicenote is fake.

The post “Abeg, They Are All Fake” – Kpokpogri as he denies being the Voice In Audio Confessing to Sleeping With Jane Mena appeared first on .

CHECK IT OUT:  I Will Love To Raise My Kid(s) With Steflon Don – Burna Boy