Police say ENDSARS memorial protesters were dispersed with teargas because miscreants had taken over - NaijaCover.Com
Skip to content 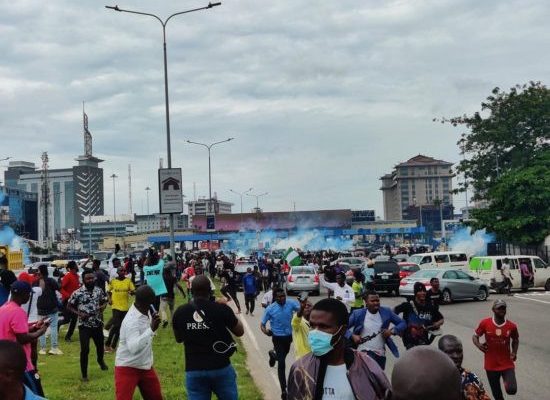 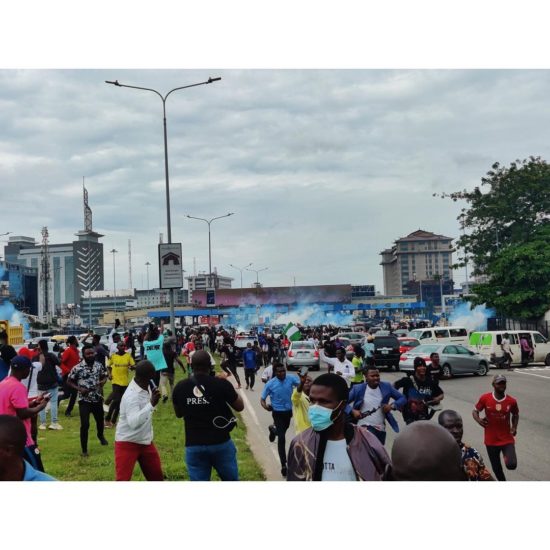 The Lagos Police boss says leaders of the protest told him that the drive-through commemoration was over.⁣
⁣
⁣
Lagos Police Commissioner Hakeem Odumosu says he ordered his men to fire teargas canisters at #EndSARS protesters today, October 20, 2021 because “miscreants had taken over.”⁣
⁣
⁣
Odumosu says: “I called Tope who is representing the youths at the judicial panel and he told me that the commemoration protest is over. I called Femi Falana and he told me the protest will now be indoor.”⁣
⁣
According to the Lagos Police boss, since the protesters said their commemoration was going to be done inside cars and would elapse at 10am, it made no sense that people were still at the Lekki toll after 10am.⁣
⁣
“This is not a protest venue. We have the Gani Fawehinmi Park for protests,” he says.⁣
⁣
⁣
Odumosu adds that he wouldn’t allow what occcurred a year ago to transpire, referencing hoodlums hijacking the protests and burning down public facilities afterwards.⁣
⁣
“We cannot ground the economy of Lagos because of a memorial. Today is a working day,” Odumosu barks.⁣
⁣
A handful of protesters and journalists have been beaten and arrested.⁣

The post Police say ENDSARS memorial protesters were dispersed with teargas because miscreants had taken over appeared first on .