Canadian resident who was arrested while speaking to journalists during #EndSARS protest memorial speaks - NaijaCover.Com
Skip to content 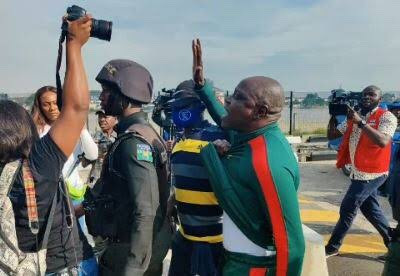 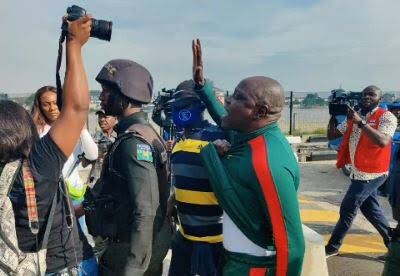 Patrick Eholor, the man who flew in from Canada last week and was arrested while speaking to journalists during #EndSARS protest memorial at Lekki Toll Gate in Lagos yesterday October 20, has opened up on his experience after being released from detention.

Showing off his iPhone which he claimed was damaged by the police, he alleged that he was dehumanized by security operatives.

He also alleged that they were not given food or water by the police officers and that the station had no restroom. Eholor further stated that he was in heaven last week, and in hell this week.

The post Canadian resident who was arrested while speaking to journalists during #EndSARS protest memorial speaks appeared first on .

CHECK IT OUT:  BREAKING NEWS! Bale Is Angry And Wants To Leave Real Madrid