Nnamdi Kanu Moved Back To DSS Custody As Court Adjourns Till Nov 10 - NaijaCover.Com
Skip to content 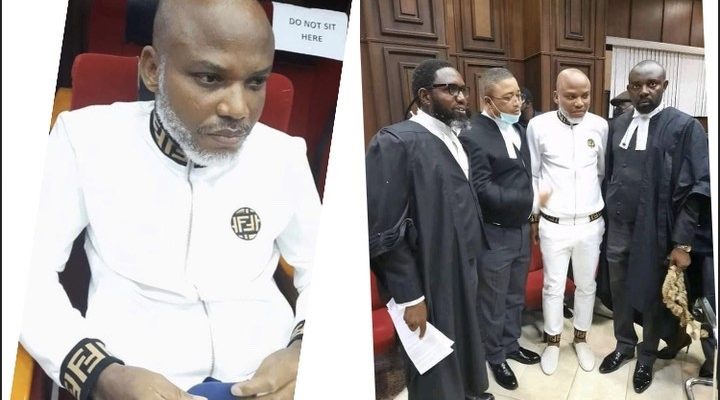 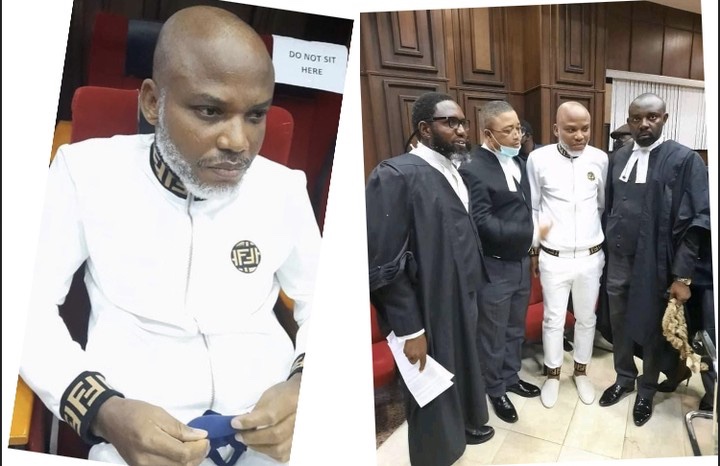 Nnamdi Kanu, leader of the outlawed Indigenous People of Biafra (IOPB), has been taken back to custody of the Department of State Services (DSS).

The IPOB leader was arraigned before a Federal High Court in Abuja on a seven-count charge, on Thursday.

He had pleaded not guilty to the charges bordering on treasonable felony and terrorism.

Count one of the charge read, “Being the leader of the Indigenous People of Biafra (IPOB), on diverse dates in 2014 and 2015 in London, United Kingdom, did broadcast on Radio Biafra monitored in Enugu and other areas within the jurisdiction of this honourable court, preparations made by you and others now at large, for states in the South-East and South-South zones and other communities in Kogi and Benue states to secede from the federal republic of Nigeria with a view to constituting same into the Republic of Biafra and you thereby committed an offence punishable under Section 41(c) of the Criminal Code Act, CAP. C77, Laws of the Federation of Nigeria, 2004.”

Kanu’s legal team led by Ifeanyi Ejiofor had challenged his detention and sought that he should be moved from DSS custody to Kuje prison in Abuja.

But Binta Nyako, the presiding judge, rejected the application.

She then adjourned the matter till November 10 and the IPOB leader was whisked out of the court in a convoy of white Hilux van.

The post Nnamdi Kanu Moved Back To DSS Custody As Court Adjourns Till Nov 10 appeared first on .