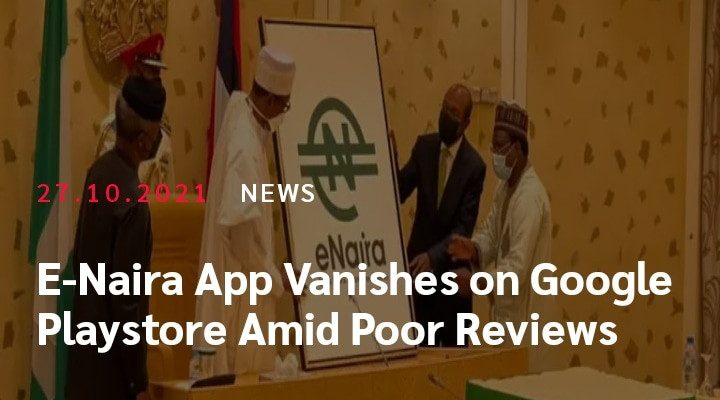 The Central Bank of Nigeria’s eNaira app has disappeared from the Google Play Store two days after it was made available for download.⁣
⁣ 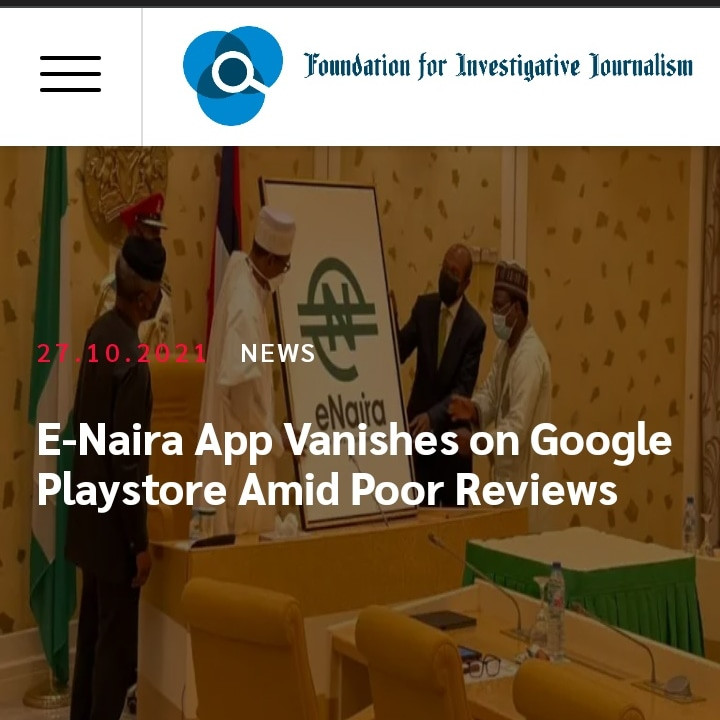 ⁣
The eNaira Speed Wallet app had been downloaded over 100,000 times by Wednesday, October 27, 2021, 48 hours after the digital currency had been launched by President Muhammadu Buhari in Abuja.⁣
⁣
But the app was dogged by a low 2/5 rating and overwhelmingly terrible reviews by users who faced numerous troubles with the registration process.⁣
⁣
Even some of the over 2,700 reviewers who rated the app 5/5 had similar complaints as those that rated it 1/5.⁣
⁣
The CBN replied numerous reviews on the app, suggesting solutions to users’ issues, or asking them to send an email to its helpdesk to address the problems.⁣
⁣
The app disappeared from the app store for Android users late on Wednesday, and the CBN is yet to address why this was done.⁣ CHECK IT OUT:  9 Clear Signs You Will Be Poor - FinancialSlot