Ighalo included in Nigeria’s 2022 World Cup qualifiers as he comes out of retirement - NaijaCover.Com
Skip to content 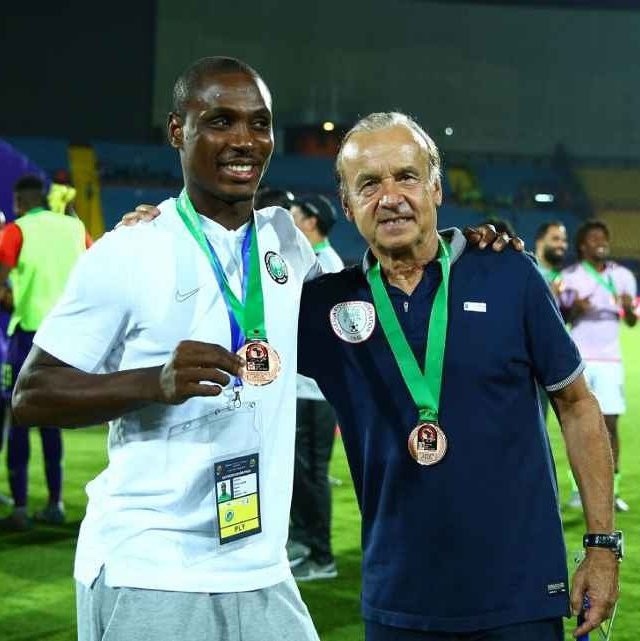 Former Manchester United striker, Odion Ighalo is set to return to the national team almost three years after he retired from international football.

Super Eagles coach Gernot Rohr confirmed that the Al-Shabab forward is in his provisional squad for Nigeria’s 2022 World Cup qualifiers against Cape Verde and Liberia.

The Super Eagles will take on Blue Sharks and the Lone Stars in their final group qualifying games, and Rohr has revealed that the former Watford is part of the squad.

According to Rohr, he decided to recall Ighalo because of his leadership, and is waiting for the 32-year-old striker to accept the invitation.

“I put him in the bigger provisional first list for the next games, Rohr said in a Q&A on Elegbete TV.

“He is doing very well at his club, and he still has the ambition to help his country. Because we miss his leadership, we miss his experience. We miss the goals he scores.

“He was the best scorer at the AFCON, the best scorer during the qualifiers, and I think we have so many young players, and they could learn a lot on the side of such a great player.

Ighalo is a very important man. I hope that he can come back,” he added.

The Al-Shabab striker retired from international duty after Nigeria’s third-place finish at the 2019 Africa Cup of Nations, where he finished as the top scorer with five goals.

Before his retirement, he scored 16 goals in 35 games for the Super Eagles.

CHECK IT OUT:  UNBELIEVABLE! After Washing Their Clothes, See Where Some Lagosians Hang Them To Dry (Photos)

The post Ighalo included in Nigeria’s 2022 World Cup qualifiers as he comes out of retirement appeared first on .