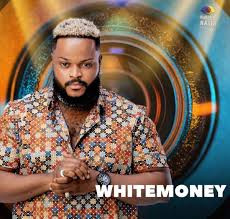 BBNaija season six winner, Hazel Onou aka Whitemoney has implored the show organisers to consider turning down married participants from future editions of the show.

The reality star made the revelation in a new interview with Media Room Hub. He said: “Big Brother, you know I love you so much, you made me a star, anything I asked, you always do for me.

“Scrap out married people from the show, for the sake of the platform. A lot of people said this year’s edition thought them a lot of things. Married people are humans, not all of them have the strong zeal to wade off distractions,” he added.

To buttress his point, Whitemoney cited married season six housemate Tega Dominic who has continued to endure intense cyberbullying for her actions on the show.

“Tega is still suffering from her last experience on the show, same thing with Boma. Fans are still dragging them till today“, the reality star said.

Recall that both reality stars came under severe criticism for getting intimate on the show. They have since released public apologies for their actions on the show.

CHECK IT OUT:  Actress, Nkechi Blessing shares an epic throwback picture of herself, reveals how she got it