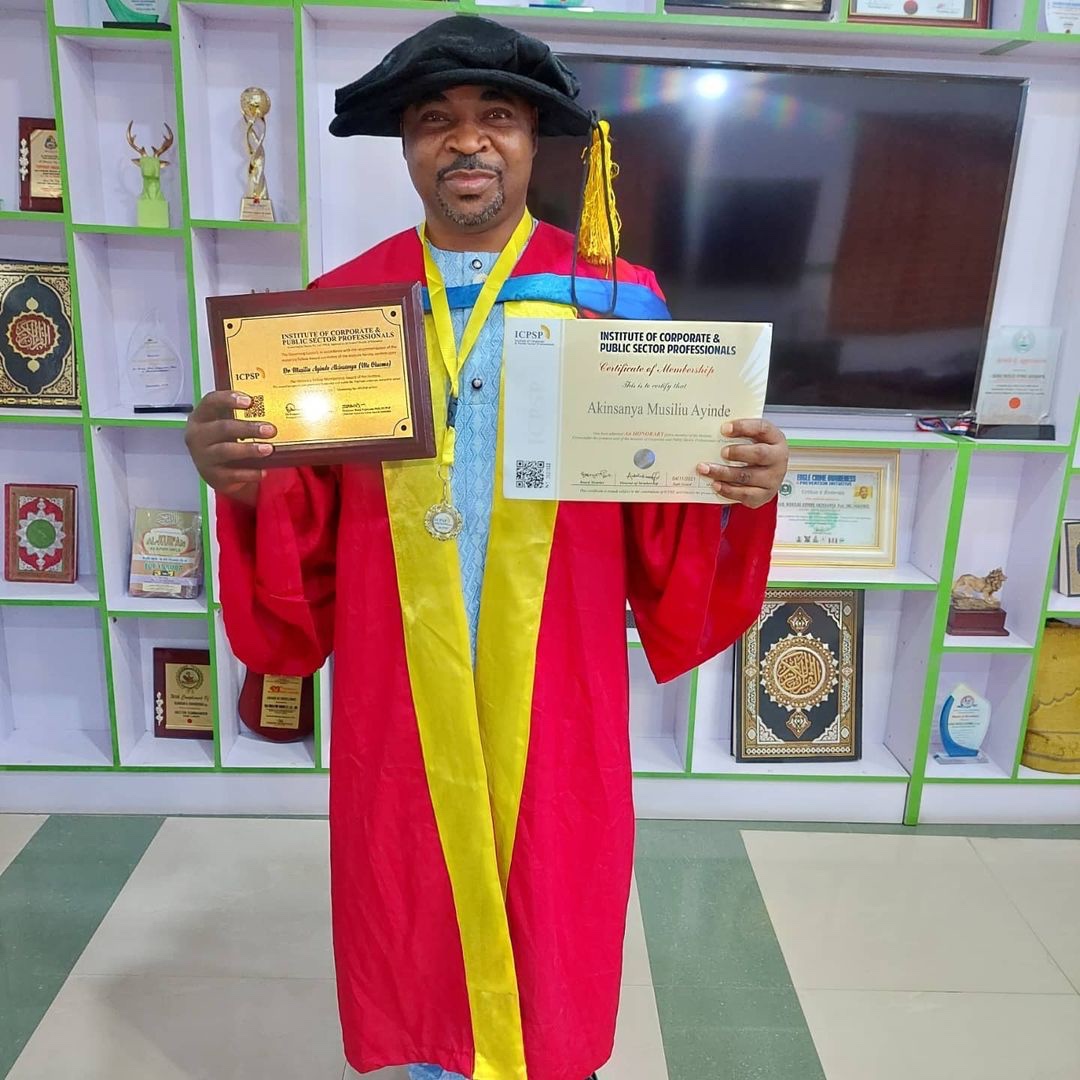 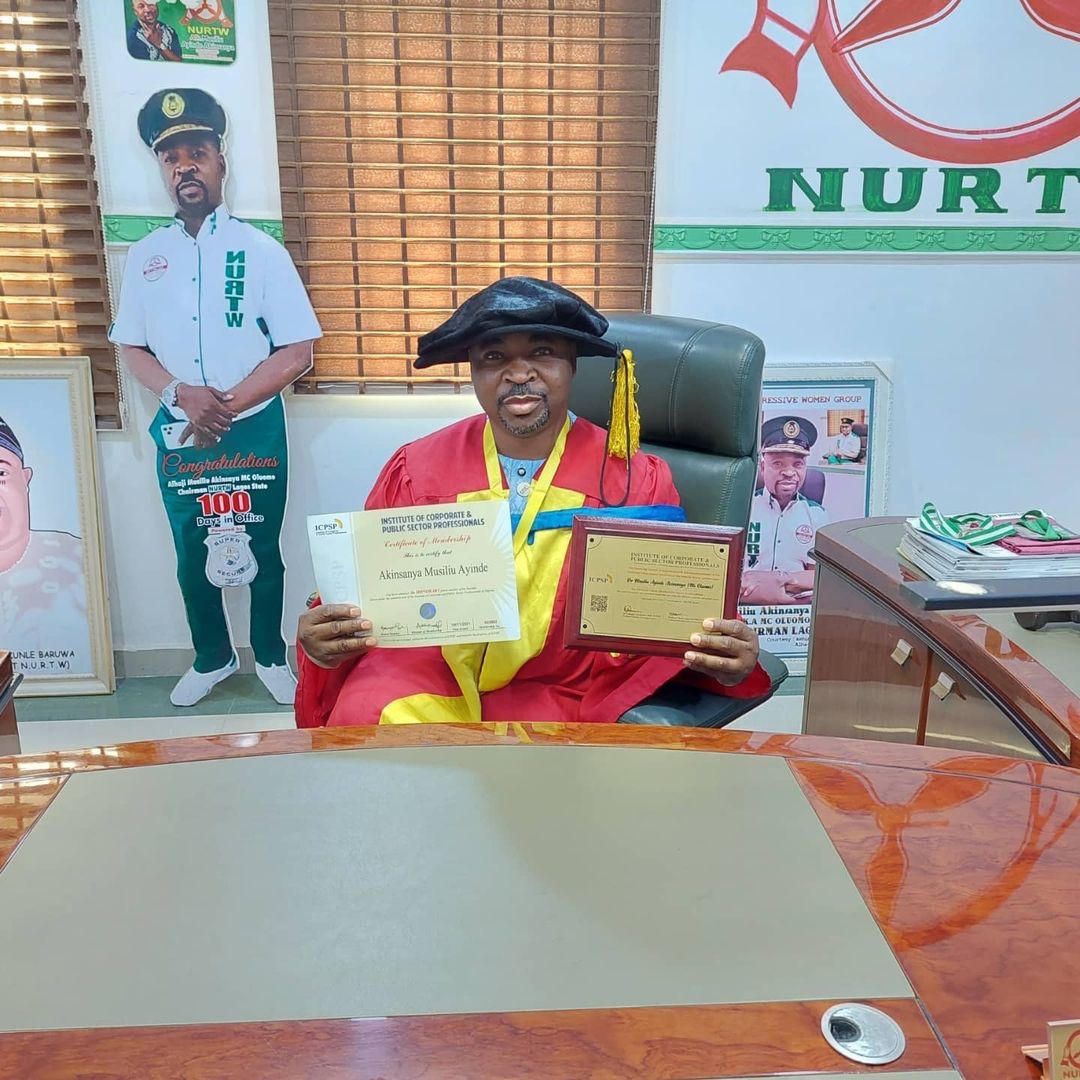 He shared photos on his Instagram handle with the caption;

It was an atmosphere full of joy and laughter as, I Alhaji Musiliu Akinsanya Mc-Oluomo State Chairman NURTW Lagos Council, was conferred with Honorary Member of the prestigious Institute of Corporate Public Sector Professionals (Nigeria).

The recitation of oath and allegiance was carried out at my office in Oko Agege today (4th November,2021) at the full glare of admirers, state executives members, well-wishers and other top hierarchies of the NURTW, Lagos State.

The delegation was led by Mrs Agnes Funmi Sessi, who is the chairperson Lagos State chapter Nigerian Labour Congress (NLC) also the matron of the institute’s. She noted that the official induction will be done in the United Kingdom January 2022. She also noted that the institute critically studied the antecedent and professional behaviours of my humble self also as the NURTW boss, particularly about mine moves and efforts at rebranding the union in Lagos and Nigerian in general.

I am indeed grateful for this recognition and being inducted as an Honorary Member of Institute of Corporate Public Sector Professionals, the induction is a further call to serve and it will boost my morale in giving more to the service of my members and humanity in general”.

CHECK IT OUT:  Photos: Rapper, Jesse Jagz ties the knot with his Girlfriend

More-so being the chairman of the most populous trade union in Lagos calls for proactiveness and it behooves on us to be conscious of the attitude of our members in order to eradicate unruly behaviours and reposition the NURTW to the path of greatness”.

“On behalf of my humble self and family, We thank the management of the institute for their recognition of the efforts we are putting in place towards rebranding and reforming the union in Lagos” he concluded.

It should be recalled that I Alhaji musiliu Ayinde Akinsanya Mc Oluomo will also be conferred with Honorary Degree by American Heritage University, California, USA, next year February in recognition of his selfless service and doggedness towards his profession.