Moment ZFancy was arrested by military officers for allegedly pranking someone (Video) - NaijaCover.Com
Skip to content 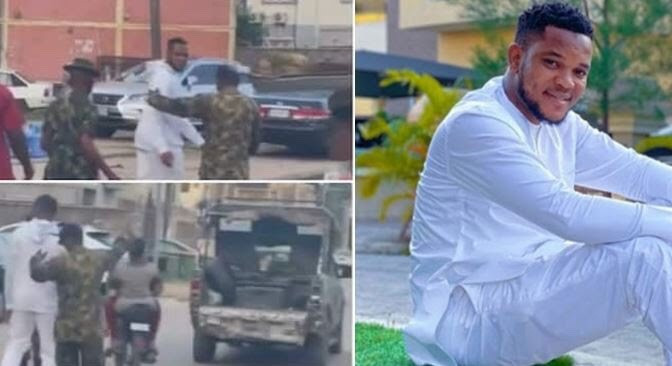 Popular Instagram skit-maker, ZFancy has been reportedly arrested by military officers while carrying out a prank.

It was gathered that he was whisked away for allegedly carrying out a risky prank on someone which caused the military men to arrest him.

In the video, the skit-making star could be seen wearing a white tracksuit and white sneakers.

ZFancy, whose content revolves around streets pranks was escorted by the military men into their Hilux vehicle.

A film director, Paul who filmed the dramatic moment, revealed that his phone was almost seized by the army men who refused to believe that it was just a prank. 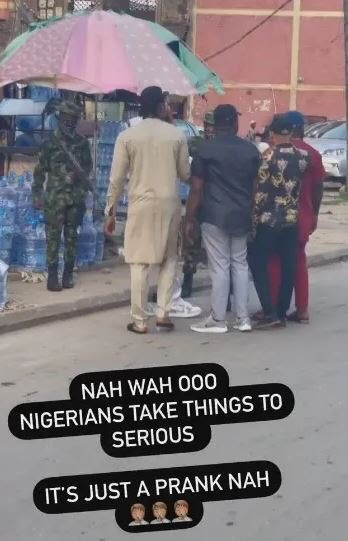