“Don’t Ask Me. I Don’t Know What Happened To The Camera At Lekki Tollgate” – Fashola - NaijaCover.Com
Skip to content 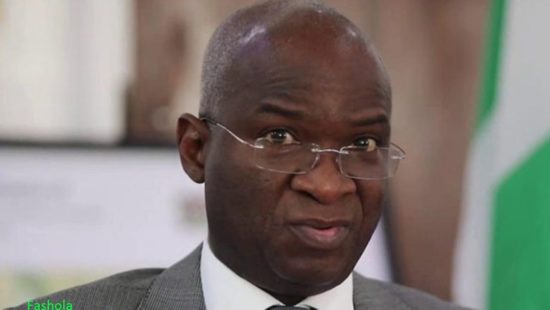 Babatunde Fashola, the Minister of Works and Housing, has stated that he has no idea what happened to the camera he found at the Lekki tollgate following the #EndSARS protests.

The Minister indicated in an interview with Arise TV that he should not be the one to address questions about the camcorder because it was given over to the Lagos state administration.

“You should not be asking me. You have the tapes showing that I handed it over to the government of Lagos so you have all the recordings. I think your people were there. So don’t ask me what happened to the camera. I don’t know.”

In other news, Mr Babatunde Fashola, Minister of Works and Housing, has declared that the federal government will begin selling houses under the National Mass Housing Programme for N7.2 million naira.

Fashola made the announcement on Friday, November 12 in Abuja, during the launch of an online portal for the housing scheme.

The Minister noted that the highest selling price is N16.19 million, adding that the projects are dispersed across the federation’s states and the Federal Capital Territory. He also revealed that the initiative has approximately 5,000 units of housing in various levels of construction.

“This is the first time we have a platform that every Nigerian has access to. This provides an opportunity for all Nigerians to apply and ensure a fair process of allocation.”

The post “Don’t Ask Me. I Don’t Know What Happened To The Camera At Lekki Tollgate” – Fashola appeared first on .