Group of men gather at radio station to accuse popular pastor of “snatching” their wives, sisters, and mothers - NaijaCover.Com
Skip to content 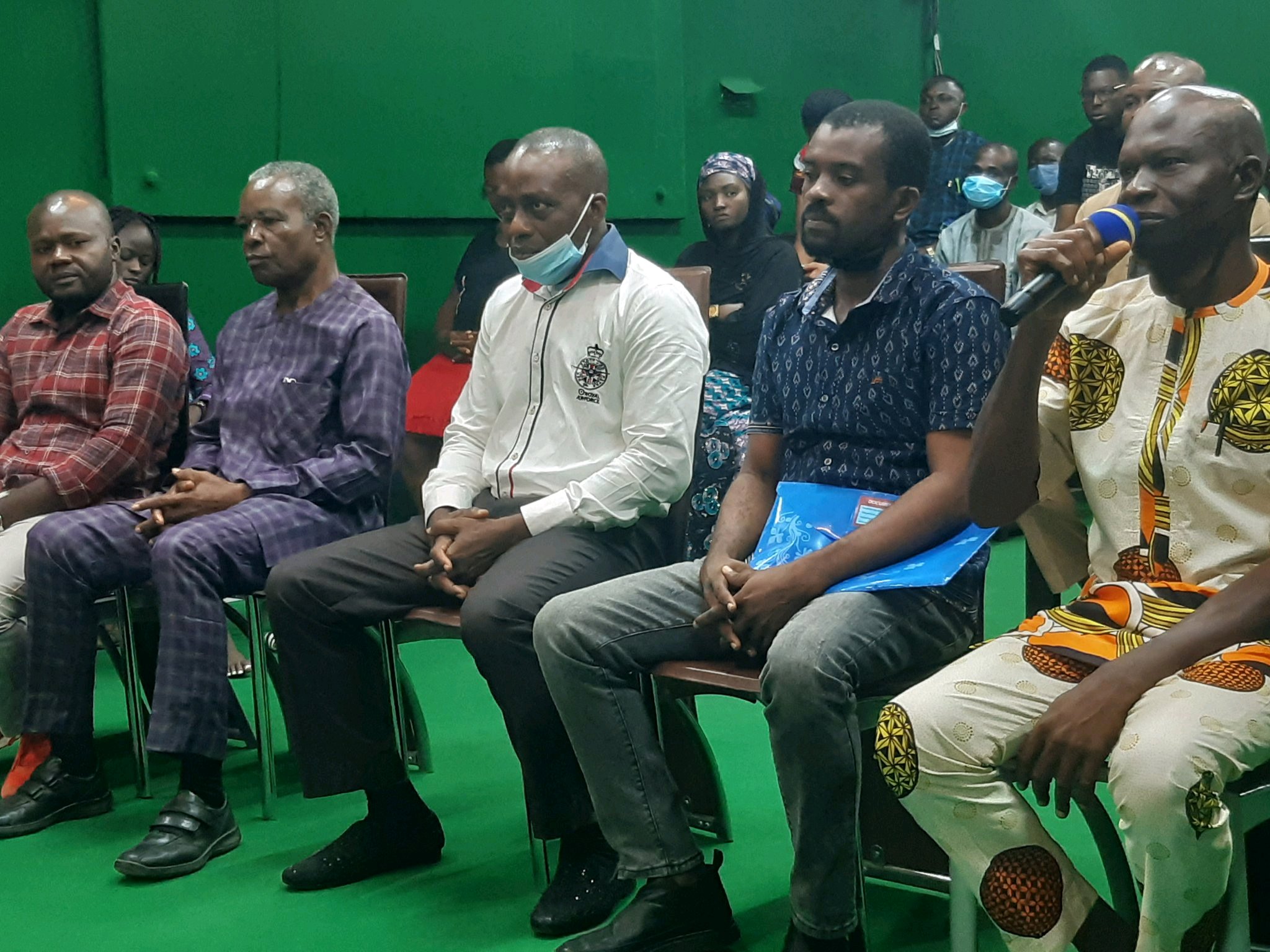 A group of men have gathered at a radio station in Abuja to accuse Pastor Harrison Anazodo Charles of Day Spring Assembly of “snatching” their wives, sisters, and mothers.

They accused the pastor of “stealing” over 50 married women from their husbands and offering accommodation to the married women.

Other social media users who know the pastor of the church situated at an avenue by Orifite street Awada, Obosi, Anambra State, claim the story of him taking men’s wives is not new to those in the area.

One Twitter user wrote: “It’s true i know some of this gentle men. That’s the church my mother attends that broke our family it’s unfortunate my father is late he would have love to them in this protest.” 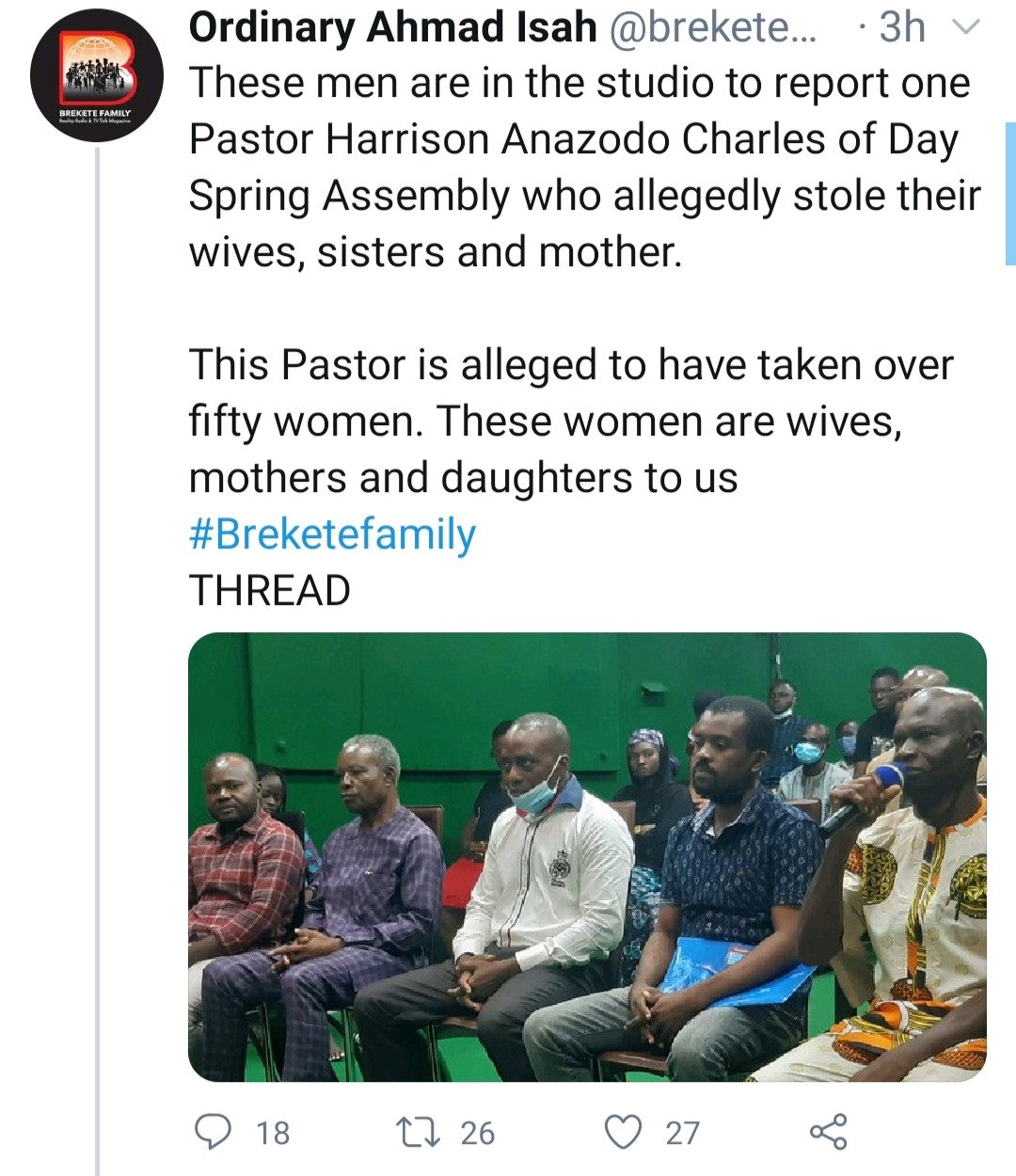 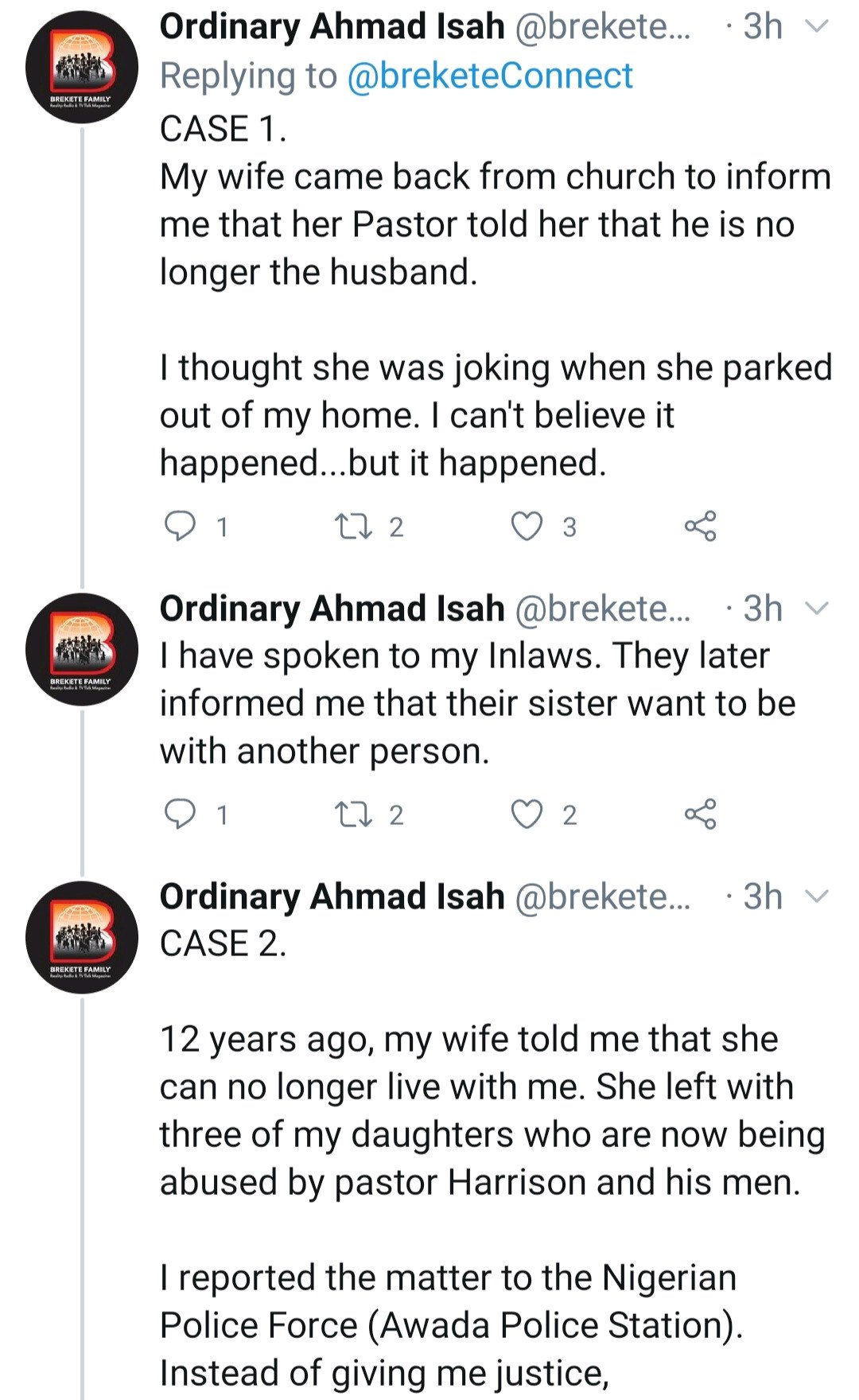 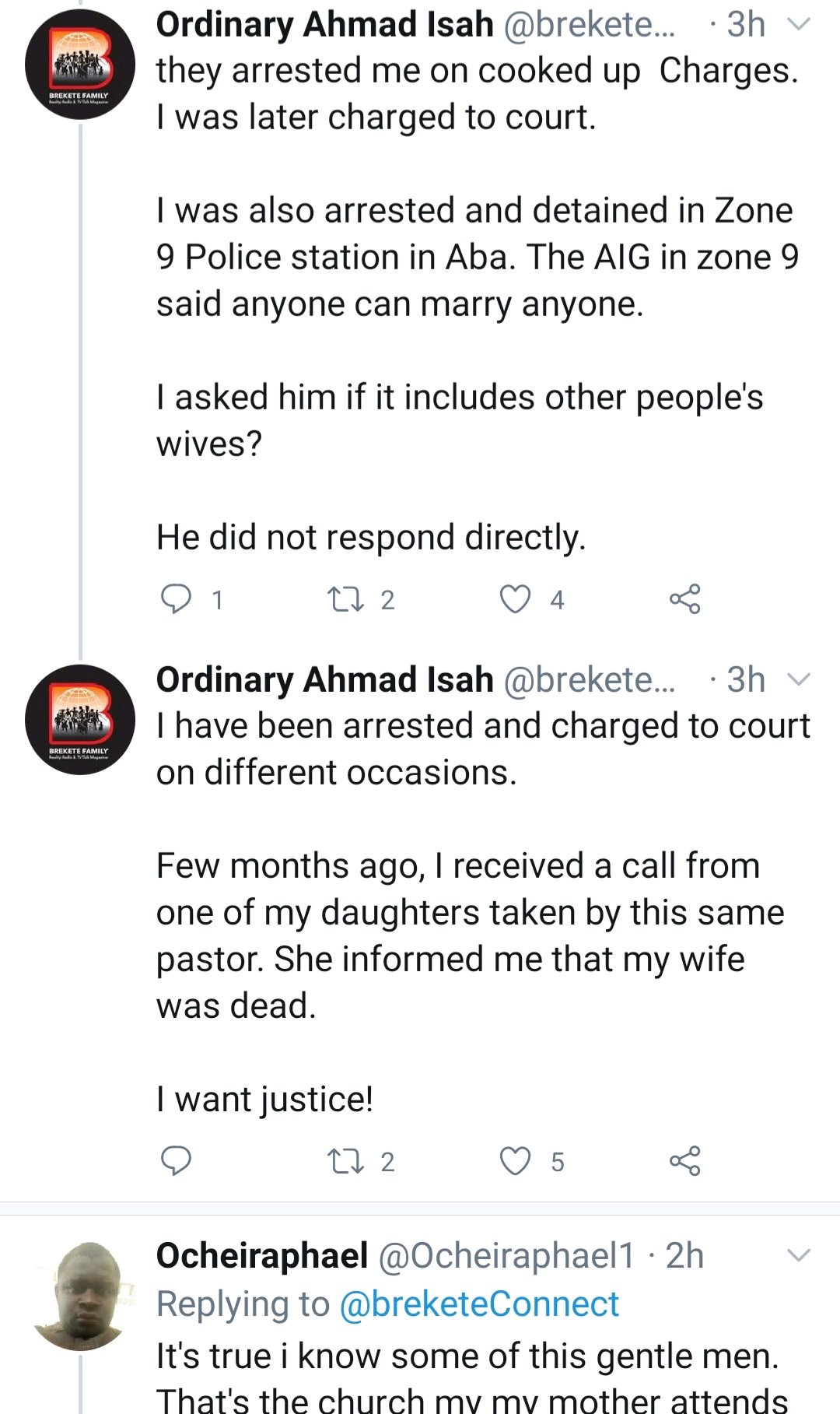 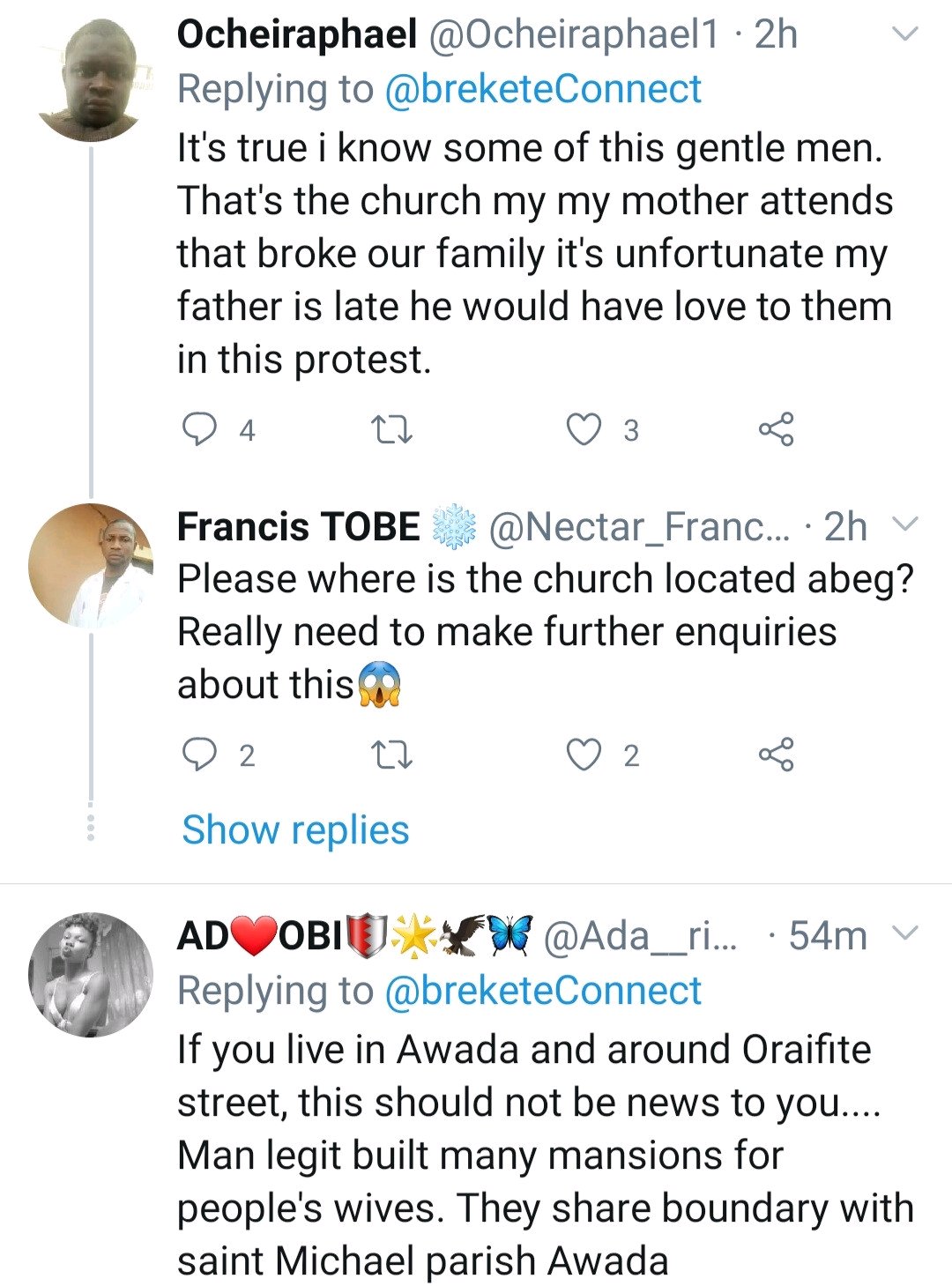 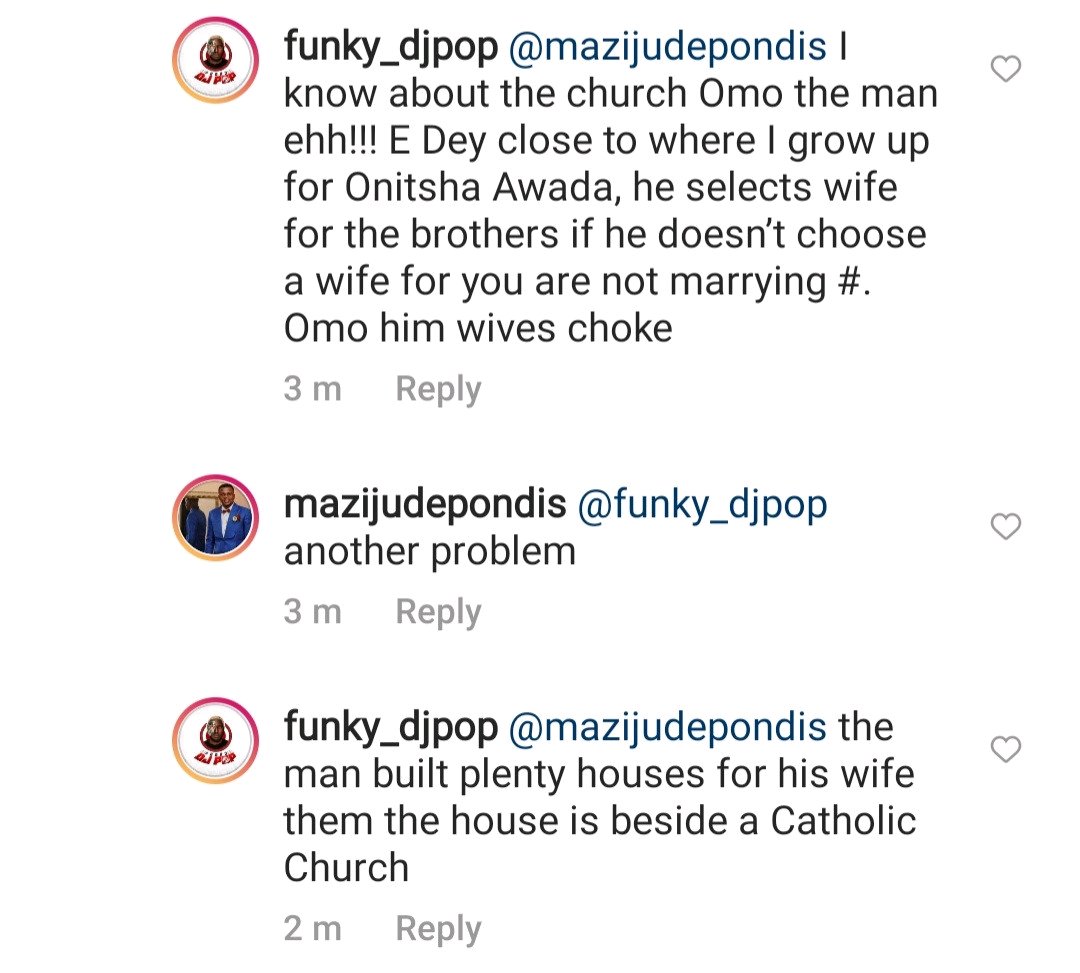 The post Group of men gather at radio station to accuse popular pastor of “snatching” their wives, sisters, and mothers appeared first on .

CHECK IT OUT:  Mayorkun – Let Me Know