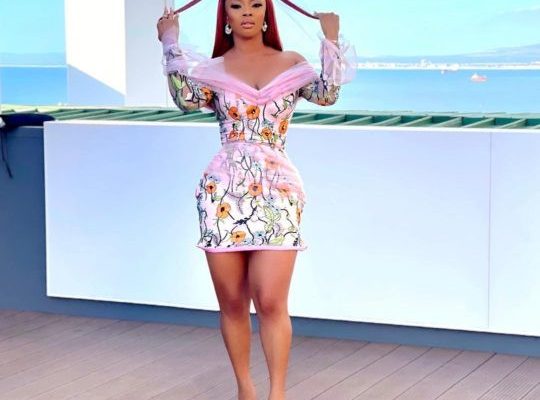 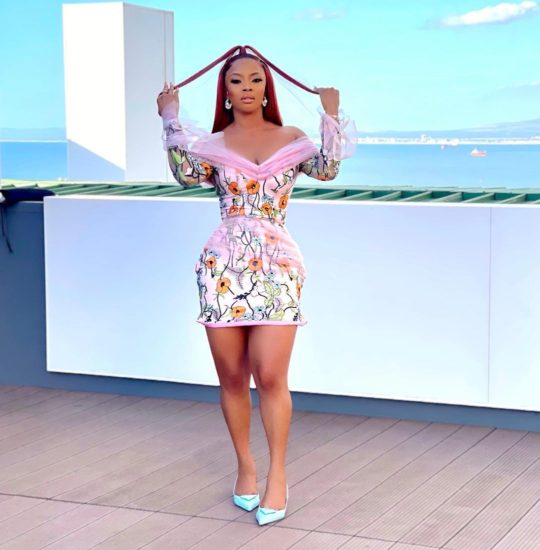 Media personality Toke Makinwa has knocked down a critic who questioned her ability as the host of the 2021 edition of the Gulder Ultimate Search reality show.

A tweeter user who goes by the name Omotayo said that the reality show lost its viewership after the organisers announced Toke as the host, claiming that the TV host does not fit the criteria to be the anchor of the show.

Responding to the tweet on Sunday, Toke lamented the lack of inclusion of women in a male-dominated field, she also criticised the critic for trying to bring her fellow woman down.

“I would usually ignore this but the human TM comes out tonight. how do you sit back and tweet this yet fight for the inclusion of women in an already male-dominated field? Make it make sense. Since I was announced as the host of GUS it’s been one thing to the other, first why Toke, then it wasn’t about my hosting abilities but my wearing make-up, then it was the position certain shows are not meant for e, I can’t win with y’all.

“It’s a shame to see women who should root for another woman to get her feet on the floor in the door so that a lot more women could possibly be considered in the future tear down,” she wrote in parts.

Speaking further, Toke said that when she interviewed past winners, she thought it would be weird hosting the show one day but she was, however, given an opportunity to. She also concluded by saying that she is thankful for the job and watching her dreams come true regardless of how people feel about her.

“I remember interviewing past winners of the show in 20014 and thinking it’ll be totally wild to get to host this show someday. 2021 came with an opportunity for me, I am incredibly thankful to watch my dreams come true regardless of how it makes people feel,” she concluded.