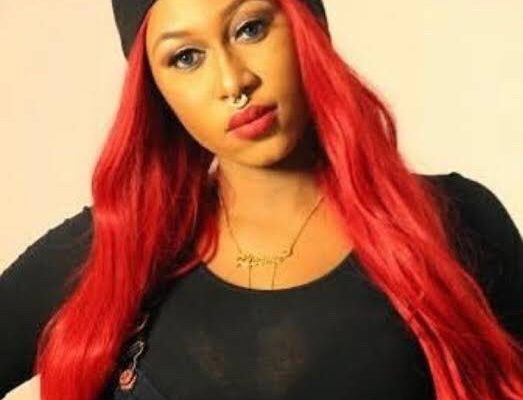 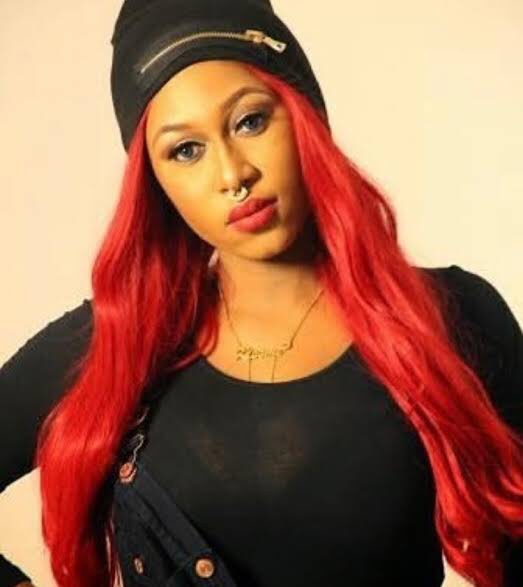 Cynthia Morgan is not backing down after she sent a subliminal message to Davido in a post and, this time, she’s choosing to be more direct with her sub.

The singer had gone on her Instagram Stories to write that if you have to compel people to celebrate you, then it means there’s nothing to be celebrated. 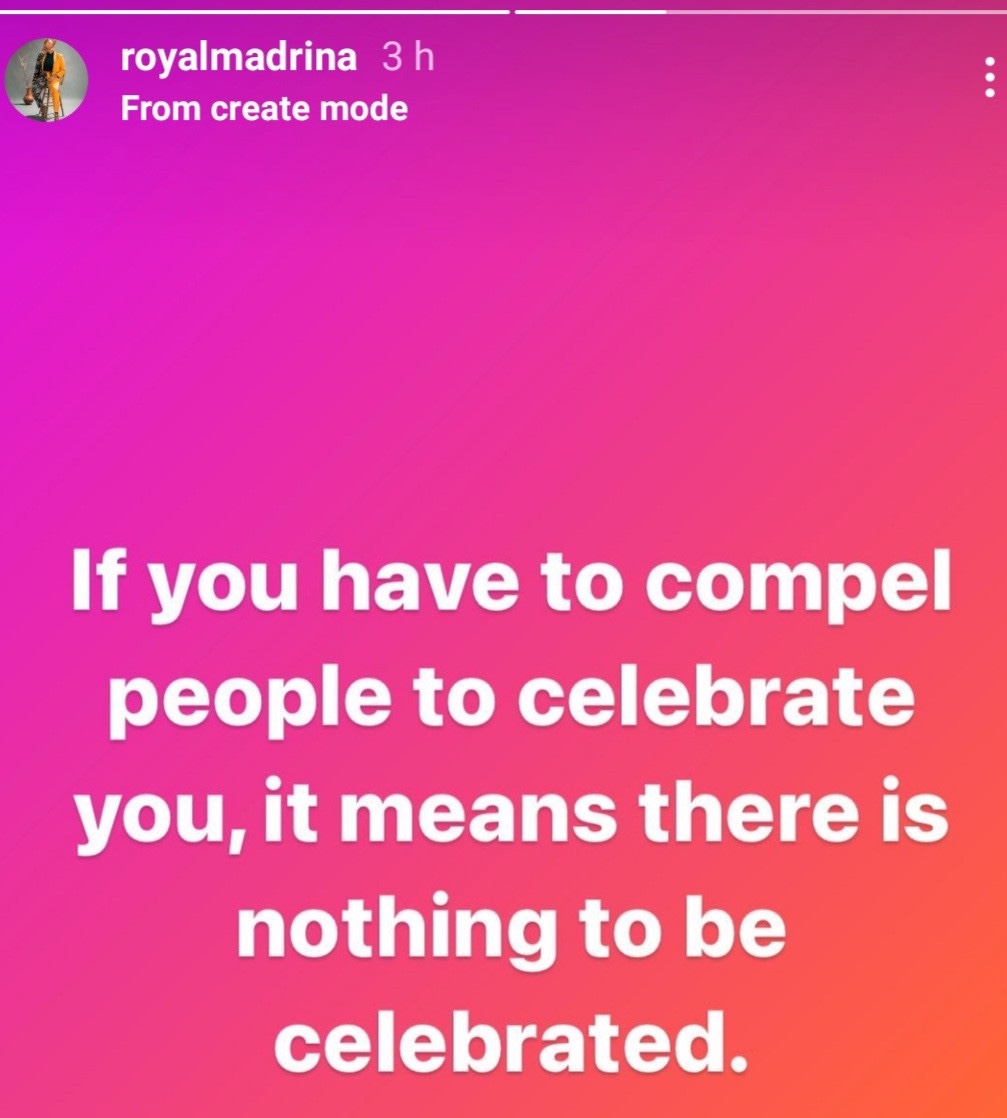 Considering that the post came after Davido called on his friends to celebrate him by sending him money, fans called out Cynthia and accused her of hating on Davido.

Cynthia responded, fully owning the “hate” and standing on her initial post.

She added that 1 million Naira is chicken change then added: “If you really rose by lifting others and you’re asking for 1 meter publicly then your boys are ungrateful… Poor things.”

She was making reference to the “we rise by lifting others” quote Davido used when requesting 1 million from his friends. 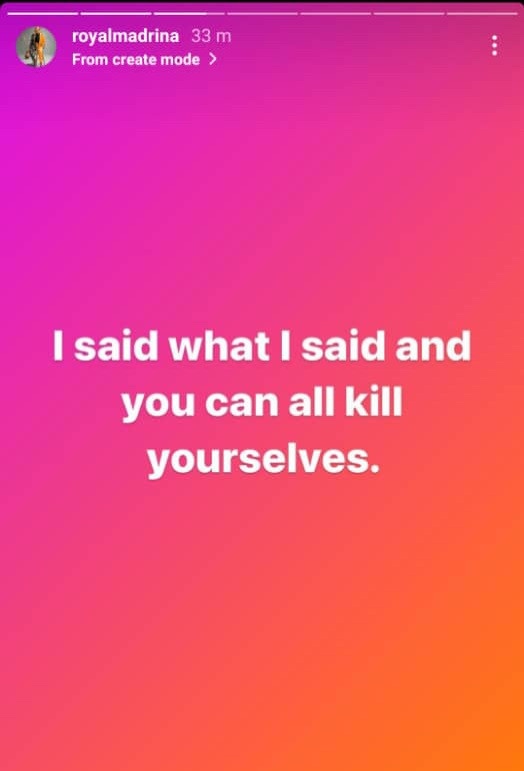 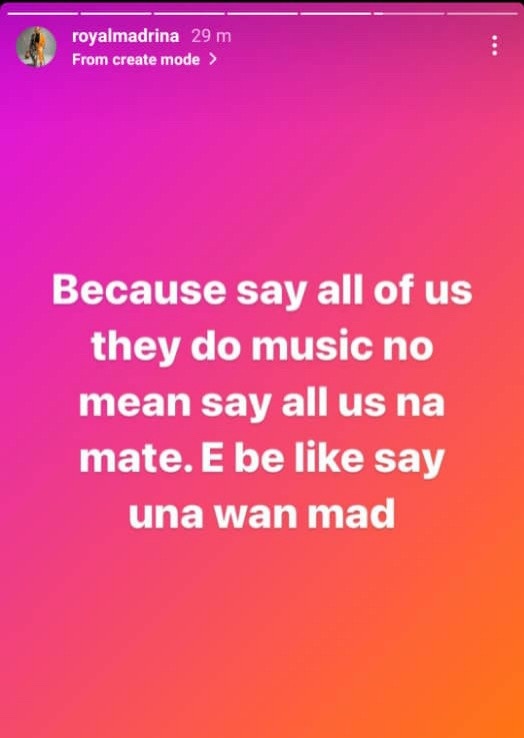 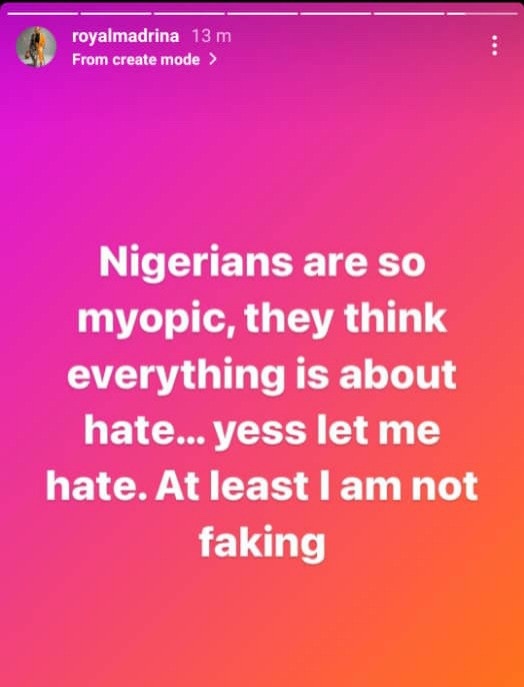 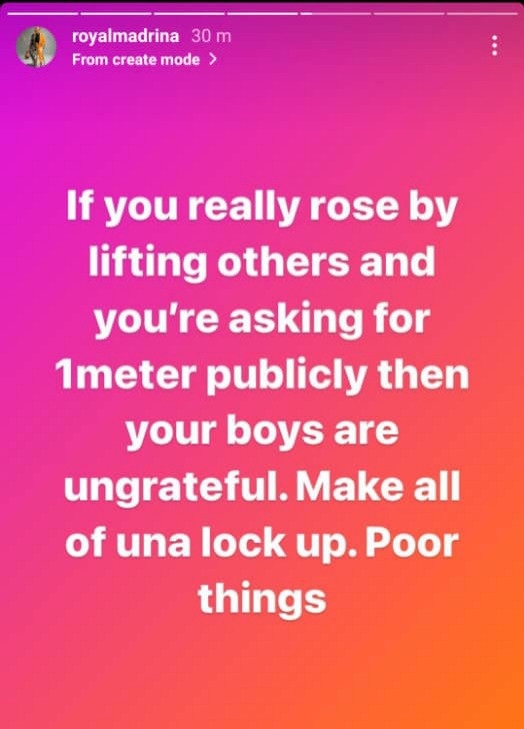 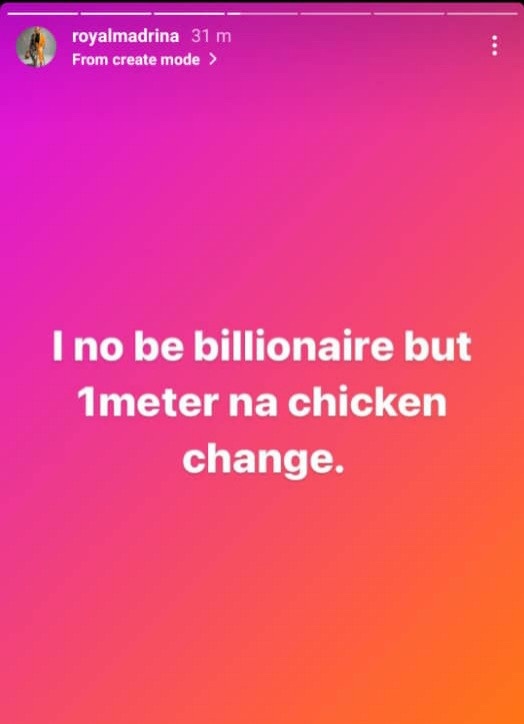 CHECK IT OUT:  Is This The Most Beautiful New Nollywood Actress? See What People Are Saying (Photos)