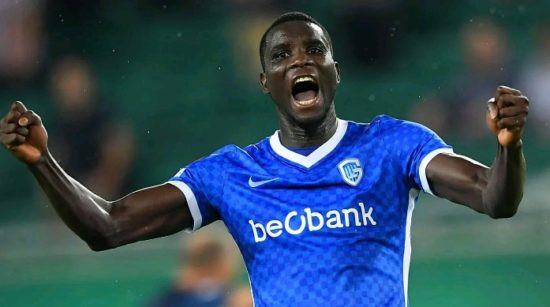 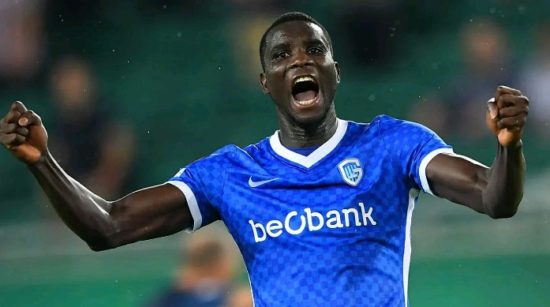 Onuachu was crowned at a ceremony on Wednesday night as he beat off Club Brugge duo Noa Lang and Charles Des Ketelaere to the award.

The 2021 award recognises the Super Eagles star’s performances for the 2020-21 season where he finished as the First Division A top scorer with 33 goals in 38 matches.

Article continues below
Last year, he finished third in the annual award ranking and Genk chairman Peter Croonen has described his latest success as a boost for the team and the player himself.

“Honestly, I’m surprised,” Croonen told the award organisers. “I would of course have been incredibly sorry if Paul had not won, but for some reason, I had the unexpected. Now I’m really happy because it’s well deserved for Onuachu too.”

“Paul is someone who deserves and appreciates every prize. Paul is a collective thinker: he wants to be important for the whole team with his goals, but this individual award is also a recognition that will make him very happy.

“We haven’t seen statistics like that of Paul at Genk for a long time. Paul is not only important for his offensive performance but also invaluable defensively.

“We now have a catching up race ahead of us after the winter break. I am convinced that this trophy will help with that. The Golden Boot will give Paul and the team a boost.”

CHECK IT OUT:  “That Your Penis Will Rise Again” – Bovi Shades Pastor Biodun Fatoyinbo

Unfortunately, Onuachu could not join the Super Eagles for their trip to the 2021 Africa Cup of Nations in Cameroon owing to injury.

He is currently working his way back to full fitness with the Belgian league set to return from its winter break on Saturday.

Onuachu has scored 12 league goals this season for Genk who occupy the ninth spot in the table, 18 points behind leaders Union Saint-Gilloise.