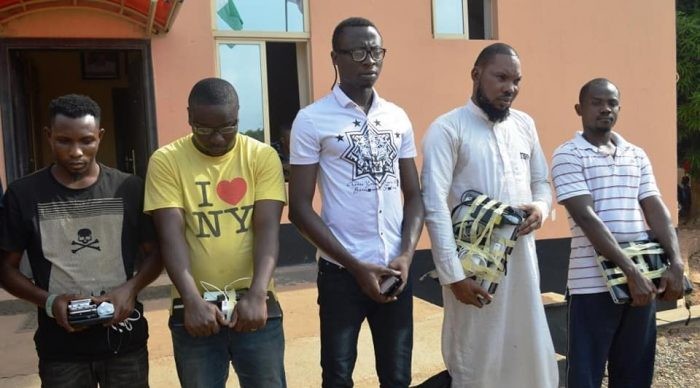 The suspects who are between 21 and 35 years of age are Prince Tayo Rotimi, Omotomo Oluwarotimi, Abdulakeem Oluwatimilehi, and Kodri Yusuf. Their arrest followed series of intelligence alleging that they engage in fraudulent activities, especially obtaining money by false pretenses from unsuspecting victims through online dating and other illegal means.

The suspects will be charged to court as soon as investigations are concluded.

CHECK IT OUT:  JUST IN!! Bandits Attack Anglican Priest & Son In Ondo