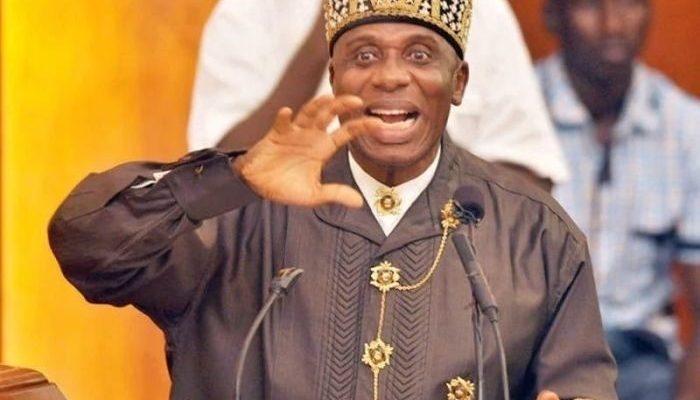 Rotimi Amaechi who spoke on Friday ahead of the expected dissolution of Buhari’s cabinet to constitute a new one said he prays the next Transport Minister has his kind of passion.

While it is believed that Amaechi who was the Director General of the Buhari Campaign Council would return as a minister, there are fears that many ministers might not form the next cabinet of President Buhari.

The former Governor of Rivers State who was quick to add that his reappointment is the prerogative of the President who has the statutory power to appoint ministers, also told newsmen that he believed he had a responsibility given to him by the President to deliver the Lagos – Ibadan railway projects and he must do it passionately.

Amaechi who recounted all he did as the Governor of Rivers State as he added that he prays the next Transport Minister has his kind of passion, said;

“If you watched me as governor I was always restless at delivering on my responsibilities. I pray whoever would be the Minister for Transport should have the same passion and focus on that responsibility.

“I know as a Minister, I know it is a stress, I’m stressed up and all that. But as a Minister you have a responsibility that the President has passed to you and you must deliver.

“The second thing is that the economy of Nigeria can be driven most importantly if you can link the seaport to the hinterland because when these cargoes come, they must go.

CHECK IT OUT:  BUSTED!! Armed Robber Who Poses As A Policeman Finally Nabbed In Lagos

The post I Pray Next Transport Minister Has My Kind Of Passion – Amaechi appeared first on Naijaloaded | Nigeria’s Most Visited Music & Entertainment Website.