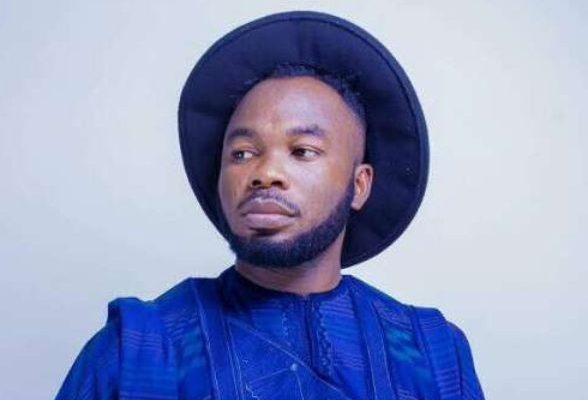 One of Nigeria’s best local act, Slimcase has explained that even though many people thinks he smokes, drinks and does drugs, he does not do any of them.

Ever since street music artiste, Oluwafemi Oladapo Oko-Eko, popularly known as Slimcase shot to limelight after a decade of pursuing his passion for music, many misjudged him for an alcoholic and drug addict, but surprisingly, such is hardly the case with the energetic entertainer.

“I don’t smoke, drink alcohol or do drugs I am only a good actor”, he asserted.

However, he stated that though he doesn’t take alcohol, it is not a sin.

“Taking alcohol is not a sin, but drinking to stupor is a sin.”

Speaking further, he reacted to criticisms that he is yet to prove himself a musician worthy of note.

The singer who struggled to gain recognition on the music scene for a decade recounted how he was tempted to quit music when he wasn’t getting the desired results.

“Sure, I was tempted to quit every day. Everybody in the music industry once had that feeling of quitting but passion for the art has been the drive.”

The post People Think I Smoke, Drink And Do Drugs, But I Don’t – Slimcase appeared first on Naijaloaded | Nigeria’s Most Visited Music & Entertainment Website.