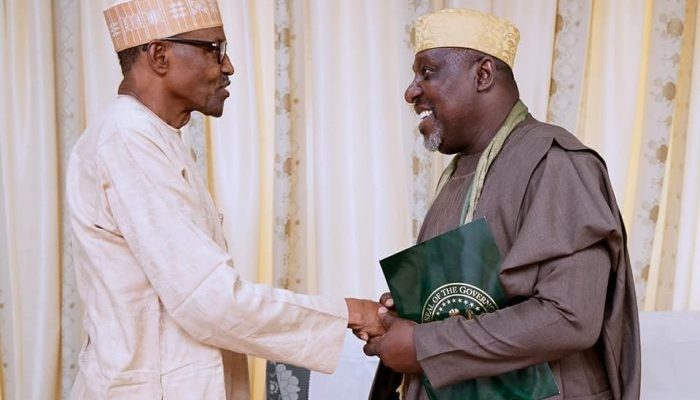 Okorocha speaking with State House correspondents after the meeting said he discussed with Buhari on the issue of the ninth National Assembly leadership.

Okorocha said he requested that “the top leadership of the ninth National Assembly be zoned to the South-East region of the country.

“The people of South East are important and should be treated as such.

“I was also at the Aso Villa to invite the President to Imo to inaugurate some projects before the end of this tenure in the state.

Governor Okorocha also reiterated his statement on the outcome of the March 9 governorship election conducted by the Independent National Electoral Commission (INEC) in Imo State which had declared Emeka Ihedioha winner.

He insisted that Ihedioha did not win the election.

On the issue of his senatorial ambition, Okorocha added that INEC would issue him his certificate of return.

CHECK IT OUT:  Abuja Lawyer Calls For State Police Creation As His Wife Survives 30 Bullet From Gunmen In Kogi