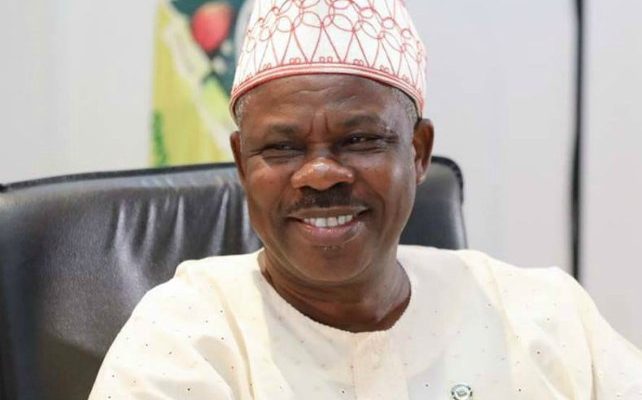 Outgoing governors of Ogun and Borno States, Ibukunle Amosun, and, Hashim Shettima, both of whom are also senators-elect had a long conversation on Tuesday during the orientation programme for new lawmakers.

The two governors were said to have excused themselves from the orientation venue in Abuja and had a discussion for a long time.

It was learned that their long talk was connected with the issue of the Senate presidency.

Amosun had on Monday refused to comment on insinuations that serving and former governors were plotting to install the 9th Senate President.

His meeting with Shettima on Tuesday might be related to the decision of the All Progressives Congress (APC) to adopt a candidate for the position.

As reported by Punchng, their body language when they saw an aspirant to the position, Senator Ali Ndume, also fuelled the suspicion as two governors also engaged the former Senate leader in a brief discussion before resuming their talks.

Recall that Ndume is from the same state with Shettima.

Upon returning to the orientation venue, Ndume was sighted having conversations with former governor Gabriel Suswan, who is also a senator-elect from Benue State; Isah Jibrin from Kogi State; and Boma Mohammed from Yobe State.

CHECK IT OUT:  “I Don’t Like Condom With My Bae, How Do I Prevent Pregnancy” – Bobrisky Seeks Help