WILL IT WORK?! Ferdinard Reveals How Man United Can STOP Messi Tonight - NaijaCover.Com
Skip to content 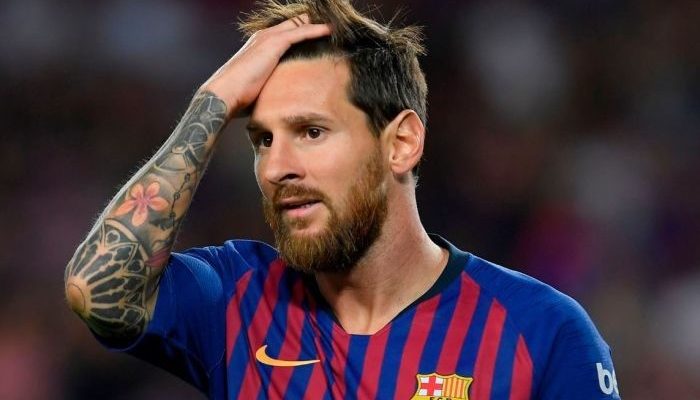 Former Manchester United defender, Rio Ferdinand has said that the players must not fear Lionel Messi when they clash on Wednesday in the Champions League quarter-final.

Messi is having yet another stunning campaign, in which he has scored 43 goals in 40 games.

Ferdinand faced Messi in Champions League finals in 2009 and 2011, both of which Barca won, but he also got the better of him when United beat Barca in the semi-finals in 2008.

“Barca have a certain way of playing which is possession based football and they press you when they haven’t got the ball, so they (United) have got to be very mindful of that.

“But it will come down to the little man, Messi. How do they stop him and combat him?

“What the players have to do is make sure they’re not in awe of him, he’s a superstar, a legend, one of the best to ever play the game but they’ve got to take that out of their thinking before the game and that’s half the job.

“Half the battle is the mental battle before the game, if they can sort that out.

“I’m sure Ole will have a plan for him (Messi) so he won’t be able to play 1v1 during the whole game.

“Ole has to be thinking about not conceding and hopefully nicking a goal and taking it to the Nou Camp and having something to play for,” Ferdinand told BT Sport.