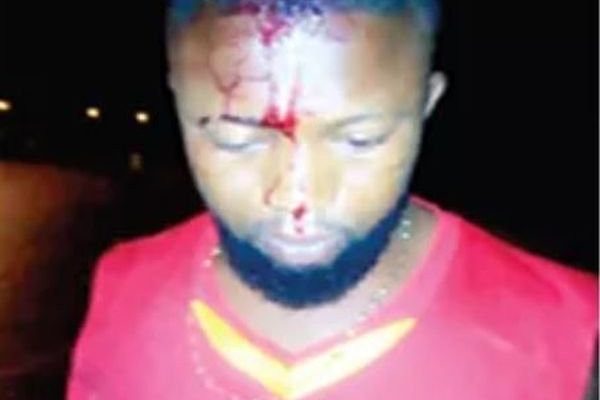 The victim, Ajibola Falegan, was stabbed at a viewing centre on Nova Road, Baisiri, on Wednesday evening.

The suspects have been detained at a police station on New Iyin Road in Ado-Ekiti after they were arrested about 10.30p.m.

Falegan, who is now receiving treatment at a private medical centre, had deep cuts in his head and body. He was said to have been attacked with machetes and knives. Falegan explained that the suspects were having altercation with his younger brother at the viewing centre before he got there but when they saw him, they pounced on him.

“I passed out when the attackers stabbed me in the head and body. I regained consciousness at the hospital. The men, who attacked me, stole my L9phone worth N70,000 and cash of N10,000. I have never had any misunderstanding with any of them. We live within the same vicinity. I got home about 9.30p.m. on Wednesday after closing.

“When I got home, I learnt my younger brother was still at the viewing centre. I went there with the intention to bring him home. It was already getting late. When I got there, they were having an argument with my brother. I beckoned on him to follow me home. The boys started harassing me. They started by slapping me. Later, they started attacking me with machetes and knives which they hid under their dresses.”

Falegan added that the viewers at the centre had to run for their lives. He said: “There was an uproar everywhere. When I ran to escape, they chased and stabbed me until I fainted and then they left. As they were doing this, my brother rushed home to tell my wife. The two of them went to the police station to arrest them.” The state Police Public Relations Officer (PPRO), DSP Caleb Ikechukwu, confirmed the incident.

CHECK IT OUT:  Fireboy DML is Uber Stylish as He Covers VULKAN Magazine’s Latest Issue

He said the command would not tolerate any act of hooliganism and disruption of public peace by any individual or group. The PPRO disclosed that the perpetrators had been arrested and would be charged to court after the investigations.