SO SAD! Son Kills His Abusive Father While Protecting His Mom - NaijaCover.Com
Skip to content 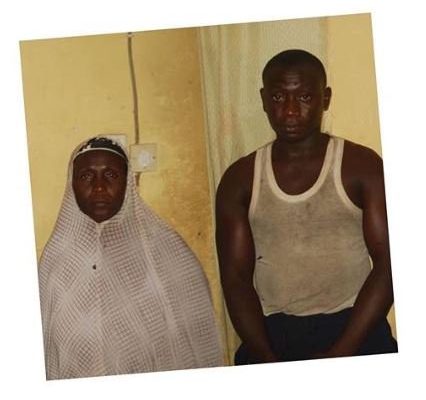 The Niger State Police Command has arrested a 50–year old housewife, Hafsat Aliyu and her son, Babangida Usman, for allegedly beating one Ali Haruna to death.

The incident occurred on April 13, 2019, behind Shango Primary School. It was gathered that Usman and his mother attacked the deceased during a disagreement, as Usman said that his dad was fond of assaulting his mom.

According to him, he merely attempted to protect his mother from the father’s wrath when he slumped and died. “My mother was not safe with my father because of his temperament.

Everyday, there would be issues that would escalate to a fight. I never knew he would die, I was only protecting my mother,” he said.

The Police said the suspects inflicted injuries on the deceased, who died while being rushed to the Ibrahim Badamasi Babangida Specialist Hospital.

The post SO SAD! Son Kills His Abusive Father While Protecting His Mom appeared first on Naijaloaded | Nigeria’s Most Visited Music & Entertainment Website.

CHECK IT OUT:  Gov. Makinde Dragged To Supreme Court By Adelabu